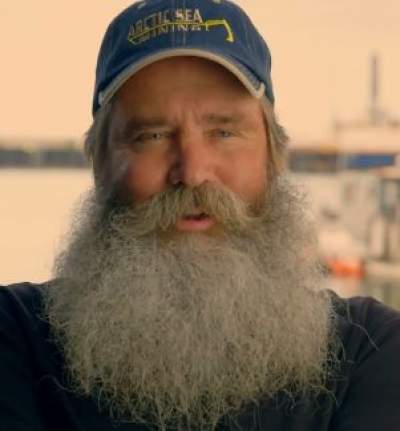 Gold miner/TV personality Ken Kerr is famous among the Discovery Channel viewers. He is one of the many miners in the reality television series Bering Sea Gold risking their lives diving below the ice on the frozen Bering Sea for a fortune in gold.

Since the tenth season of the show’s fans always had their eyes fixed on Ken as they believed there is no one better at getting to the gold than him. So naturally, they were wondering what happened to him after he was nowhere to be seen on Season 13.

Keep reading and find out all that you have been curious about, in this Ken Kerr wiki.

What Happened To Ken Kerr?

Ken Kerr appeared once and briefly in S13E02 to say he is going to focus on beach mining for the time being. His audience, however, did not consider this as a satisfactory enough answer as they saw him as a major part of the prior seasons of Bering Sea Gold. (Ken and Shawn Pomrenke had been the main adversaries for Seasons 10-12.)

However, others said they would not mind even if he is leaving the show as they always considered him “a divisive character between his pride and greed.”

In the meantime, no officials statements of his exit had been put out by the producers or Ken himself.

Ken Kerr was reportedly born on July 16, 1960, and was given the birthname Kenneth Edward Kerr. This makes him a Cancer who reached the age of 60 in 2020.

Originally from New Mexico, Ken Kenn now called California his home. His dad was a gold miner in New Mexico. So following his father’s footsteps, Ken started mining since he was an 8-year-old.

Ken Kerr, who is also kenned for his signature long white beard, stands to a height that is above 6 feet.

Clearly, Ken Kerr is not a social media person. He did not have any Instagram or Facebook profiles of his own. Just in case, there is this business account for his mining company, Arctic Gold Mining, on Facebook. And just one or two times he was also featured in the Bering Sea Gold‘s official page on Instagram.

Ken Kerr’s net worth was estimated to be around $2 million (before April 2021).

In addition to being the captain of the Myrtle Irene, he famously built up the Arctic Sea and Arctic Gold Mining Companies with his business partner David (Dave) Young. These two massive mining corporations are mining operations on the sea and land, respectively.

In late-2016, ownership of nearly 9,000 acres of mining leases and 380 patented mining claims (mostly positioned within the City of Nome) was changed from Nome Gold Alaska to Arctic Gold Mining LLC. The sale also included land holdings and all Nome Gold Alaska equipment. And Ken Kerr and David Young were two of the five new principal owners of the trade.

Further, the Arctic Sea/Arctic Gold owner also appeared as a miner in Gold Rush: The Dirt in 2020.

But then strangely, he would find himself amidst some kind of controversies. Just like the time when the 9th season of Bering Sea Gold came with the backdrop of an ongoing lawsuit against Ken’s company, Arctic Sea Mining LLC. Back in November of 2019, two Nome high schoolers filed a lawsuit against the company for injuries they suffered during a previous run-in with one of the company’s dredges.

The incident transpired at the end of October 2018. A pair of sisters, and their friend, were driving along Port Road in Nome. They struck a cable extended across the road. One of the ends of the cable was attached to a construction loader and the other was attached to an iconic Bering Sea Gold dredge, the Myrtle Irene (the one that Kenn owned).