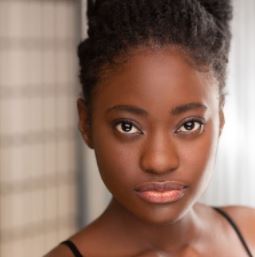 Waiting for Death In Paradise season 11? Good news, BBC started filming the show’s eleventh installment on the beautiful Caribbean island of Guadeloupe. Moreover, a fresh face has joined the cast, and she is no other than the aspiring actress, Shantol Jackson.

So, who is she? Keep reading this Shantol Jackson Wikipedia to learn all about her.

Corresponding to her birthday, Shantol is of the Cancer zodiac.

In 2021, Shantol resided in Portmore, Jamaica, not far from her hometown  Kingston, Jamaica.

While many daughters are fond of their father, Shantol Jackson was her mother’s girl. She often talked about her mom over socials — about all the “sacrifices she has made and continues to make”, and about how proud she was to have a mother like her.

Shantol was born and raised in Portmore, Jamaica, alongside her sibling, Suane Jackson (who was a singer/host/model by profession). She mentioned that she was “the Class Clown” of her family, and also a very dramatic and shy person. Even when Shantol was filming an intimate scene in Yardi (2018), she confessed that she was thinking about what will her parents say.

As for her ancestry, she is Jamaican, and a proud one at that. On Jamaican Independence day 2020, Shantol took it to her IG to write, “Happy Independence! AMAICA WI 5IFTYGR88T YA NOW!”

Trivia: Shantol comes from a big family and she often joined them on celebrations that were held at her Granny’s kitchen.

Her favorite thing to do was “socialize”, but more than that she enjoyed “sleeping and eating”; which was what she did during the 2020 pandemic.

Shantol Jackson On Death In Paradise

Shantol Jackson was all set to appear as Naomi Thomas, a new ambitious young sergeant on Death In Paradise season 11. According to BBC, her character Naomi was a “gifted” young officer who moved from a neighboring island to join the Saint Marie Police. But, since she moved in from a smaller force, her lack of experience was something that might spice things up.

Overjoyed with being cast in the popular series, Shantol took it to her IG to thank all her loved ones who’ve contributed to her “growth and development.”

Shantol Jackson garnered a net worth under $100 thousand by 2021. However, this may change soon after Shantol appears over Death In Paradise season 11.

It was 2016 when Shantol first stepped into the movie industry. Back then, she debuted in a feature film written and directed by Storm Saulter called Sprinter. Also, the same year, she was cast in the short film Sugar written by Sharon Leach.

A year later, Shantol starred in Yardie directed by Idris Elba. Confessedly, her role as “Yvonne” in the movie was one factor that changed her life.

But as a child, Shantol never dreamed of becoming an actress as she grew older. In fact, she then wanted to become a veterinarian. However, over time, she realized how much she loved to act, and wanted to give the show biz a chance.

Just within 5 years of her debut in the showbiz, Shantol has had immense success, and also became a recipient of Jamaica’s “Prime Minister Youth Award for Excellence in Arts & Culture” in 2017.

Shantol was managed by  Nadean Rawlins in 2021.

Most of her posts then featured herself, and promotional videos of her movies.

In October 2015, Shantol Jackson uploaded a picture in a wedding dress with her co-star, Akeem Mignott, and fans were confused if the two actually married. A fan asked, “You guys married for real”. To which, Shantol replied, “Lol. No, that was a play we did together last year where we played as husband and wife.”

But then she also went on to add, “Wi graduate from boyfriend and girlfriend. Lol.”

So, although Shantol never directly confessed about their relationship, many believed that Akeem was her boyfriend.

Never heard the name Akeem Mignott? Well, he is a Jamaican actor as well, who has appeared in movies Hang ’em High (2016), and Masterminds (2019). Also, he worked as a drama education and lecturer at Hillel Academy, and Edna Manley College.