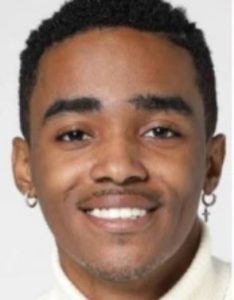 Are you waiting for the new Stranger Things season like us here in Stars Offline? Well, worry not, dear readers. While we cannot possibly bring you the new season, we can provide you with the next best thing: an article about one of the new cast members who will be joining the show in the upcoming fourth season. And one of the new additions to the Hawkins gang is Myles Truitt.

Read everything you need to know about Myles, his acting career so far, his parents, his girlfriends, and much more info.

Myles Truitt was born on 1 February 2002. So, as of today, i.e. 10 June 2021, he was 19 years of age. And because he celebrated his birthday every year on the first of February, his zodiac sign was Aquarius.

Myles Truitt was born to parents Danielle Jackson and Monte Jackson in Atlanta, Georgia. His parents actually manage the careers of Myles and his two siblings, both younger brothers Chase Jackson and Blaze Jackson. All three Jackson siblings are working in the acting industry.

His mother is a very open and visible part of the family. She is on social media with the name “DatStageMom”. His father is more behind-the-curtain in the management, but he played his part and was featured quite a few times on his wife’s as well as Miles’s social media.

As of 2021, Myles Truitt stood at a height of 5 ft 9 inches, which was tall. However, Myles was only 19 years of age and he could grow a few inches more. His other physical features include dark hair and brown eyes.

Until 10 June 2021, Myles had a massive presence on Instagram, but not so much on other social media platforms. On Instagram, he had only 34 posts but a massive 127k followers. On the other hand, on Twitter, he entertained only 2.5k followers.

Myles Truitt has a reported net worth of $200 thousand net worth.

Already at the age of 19, Myles had started to make his name on the show business. Myles started his career in the industry at the tender age of 15 with the role of young Ronnie DeVoe in the 2017 BET TV miniseries The New Edition Story.

After his first breakout role, Myles appeared in a few minor roles in shows like Superstition, and Atlanta. In 2018-2019, he appeared on the TV show called Queen Sugar. And about a year later on the show called Black Lightning.

However, his biggest work so far was for Netflix‘s supernatural drama sensation Stranger Things. For three seasons, Stranger Things captured the hearts of a multitude of fans. However, the COVID pandemic put a stop to the production of the show. Now, the pandemic is starting to dwindle, the show is returning. And just a few days ago, the showrunners announced the new cast members who will be appearing in the upcoming fourth season.

One of the announced new additions to the cast was our own Myles Truitt. Myles will be appearing as Patrick. And according to the showrunners announcement, Patrick was a “Hawkins basketball star who has friends, talent, and a good life…until shocking events send his life spiraling out of control.”

As far as we know, Myles Truitt is not gay. In fact, he has a girlfriend, who he is dating for a long time and is getting really serious.

Aariannah is from Stockton, California, and was also residing in her hometown in 2021. According to the information on her Facebook, in which she had over 4.3k subscribers, she is a track and field athlete.

Based on her social media, we can also say that she was a fashion model. In May 2021, Aariannah posted a photo of her with Myles on her graduation day. We do not know where she was going to college. Talking about her Instagram, Aariannah had 2.2k followers. 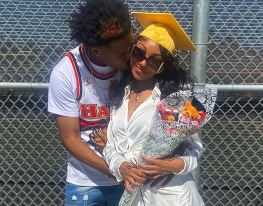 Myles Truitt and his girlfriend Aariannah celebrating her graduation circa May 2021 (PC: Aariannah’s IG)

Another recent Instagram celebration was surrounded by Myles and his girlfriend having a baby together. It seems like Myles had two good news announcements arriving at his doorstep at the same time. On the one hand, he was announced as one of the cast members of one of the world’s most popular shows, and on the other hand, he found out that he was going to be a father.

Before Myles found the perfect girlfriend for himself and the mother of his first child, he had dated a few other women. One such known name was “@lyrictrinity”. That was the name of his former girlfriend on Instagram. We do not know her real name.