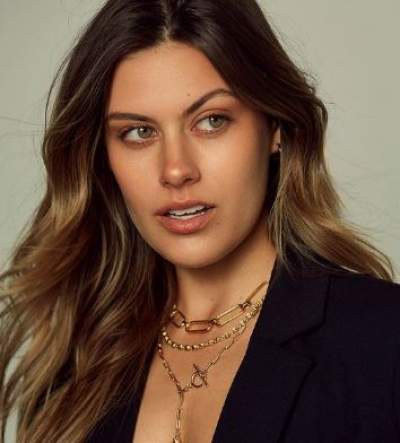 The longest-running competitive cooking reality TV show MasterChef on Fox returned for its eleventh season on June 2, 2021. With an added subtle i.e. MasterChef: Legends, the season is back with new contestants battling for a handsome cash prize, a MasterChef trophy, and the title of MasterChef. Among them is Brittany Carel who besides having a passion is culinary is a fashion model.

Here are more scoops you must not miss about her over this Brittany Carel wiki.

Brittany “Brit” Carel, as a model who could only make greens and salad, went on the Worst Cooks In America Season 15 in 2019. She teamed up with the show’s co-host and chef Tyler Florence and he helped her turn from Worst Cook to runner-up in the competition. Brittany was placed second. And just as the show promised, the would-be chef Brittany enduring weeks of culinary boot camp came out way improved.

And a couple of years later, foodie fans found her for the second time on TV looking for a white apron in MasterChef: Legends episode 2. Now, the celebrity chefs and regular judges Gordon Ramsay, Aarón Sánchez, and Joe Bastianich were the judges to how much Brittany has mastered her culinary skills since her worst cooking experiences in the Food Network show.

Brittany reached the age of 26 on Feb. 15, 2021— the same day her “love/best friend/partner in crime” got her the surprise of a lifetime. Insisting her to keep her eyes closed, he had brought to happy-with-tears Brittany her new Range Rover.

Showing her big present on Instagram, she had shared how she had been “shamelessly” driving her first car into the ground since 2015.

Brittany Carel, a beautiful brunette with blond highlights, green eyes, and a flawless grin, stands to a height of 5′ 7″. Her recent bust-waist-hip measurements were reported as 34-26-37 inches.

Brittany hails from her hometown of Lauderdale, in South Florida.

Growing up, her parents were both models. This, for a while, made the young Brittany believe that modeling was something that every family did.

For Brittany, it’s her mother who motivates her the most. She lost her at a really young age from Alzheimer’s disease. Brittany said, her mother is a constant reminder that she can achieve her dream and follow in her footsteps. She was the full-time caregiver to her mom for nine years.

Now, she misses her a lot, and remembering her on her birthday she organized a fundraiser. Then, oftentimes she would take to her social media to let out the likes of—

“I’ve got an angel watching over me. I miss you mom. Growing up without you is pretty complicated. So many things we never got to cover, but don’t worry. You have amazing friends that are here to help! You are my motivation, not only in my career but for my future family.”

Actress, model, and entrepreneur Brittany Carel had under $1.5 million net worth (before 2021).

She is a full-time Wilhemina represented (since May 2019) bicoastal model specializing in commercial and print work. Plus the published photographer living in Los Angeles, California also happened to be ahead of talent management at NextDoor Talent.

Also in 2019, the Florida Atlantic University alum was beyond proud to launch Food Crush, a culinary-focused full-service media production company.

She did not think of becoming a model until her sophomore year in college. One of her best friends was an intern for a local designer where they needed a model for an assignment and she was available.

But that single shot was all that she needed to realize it was her passion and she was “hungry” for more. And since then she has re-directed all her time, effort, and energy into pursuing modeling as a full-time career.

Brittany claims she partakes in social media to promote body positivity and mental health. So, on her Facebook bio, she welcomed people with a “Sharing how to detox your social media feed with less IG models and more REAL PEOPLE.”

Besides, she could be spotted on Twitter, entertained 20.5K followers on Instagram, and shared ”easy healthy recipes that you can actually do” among her 2K subscribers on YouTube.

As of 2021, Brittany Carel had not yet married but her boyfriend turned fiancé Christian Breslauer was more than eager to become her husband to spend forever with her.

On June 8, 2021, Christian went down on one knee someplace seaside in Davie, Florida, and Brittany, of course, was over the moon. So, they got engaged were ready to spend the rest of their lives together. 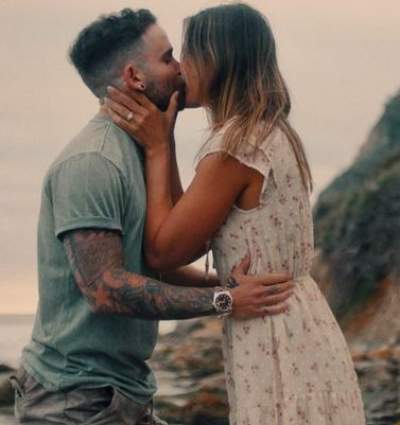 Brittany Carel and Christian Breslauer, on the day they got engaged (PIC: Brittany’s IG)

Brittany’s first memory of Chris is walking past him in the halls of their Western High School and instantly having the biggest crush on him. Back then, Chris was a senior and Brittany was a freshman. They did not give dating a try until they were in college. This again, however, was short-lived because they both had growing to do, self-exploration, and maturing to go through. So, they stayed friends.

Then, fast forward to 2019, Brittany moved across the country and decided to give it one last go, and now, here they were engaged and all set for the wedding vows.

About Christian— he is a filmmaker, dreamer, and lover of life trying to become a legend.

Christian e is an aspiring director, writer, and cinematographer. He has already collaborated with some of the biggest names in music including Chris Brown, Marshmello, Migos, Roddy Ricch, and Lil Baby, among others.

In 2020, he was working on his first feature film as a director and it was El Africano. And then only in May 2021, he directed the Jonas Brothers’ music video for “Leave Before You Love Me.”