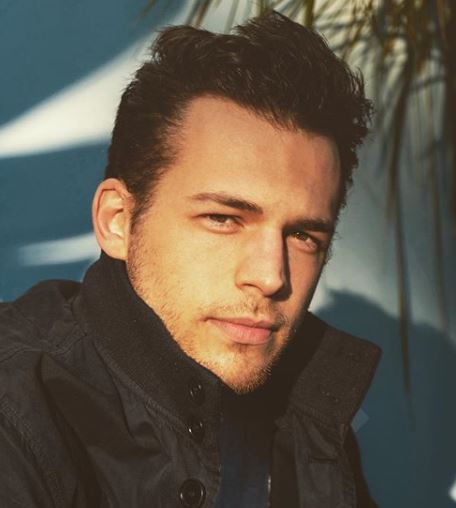 Sebastiano Pigazzi is an actor who first came to limelight through the 2020 HBO series We Are Who We Are. He played the role of Enrico, “a playful 18-year-old from Veneto” who cruses over Britney (Francesca Scorsese) and Valentina (Beatrice Barichella).

The show featured stars like Jack Dylan Grazer (Fraser) and Jordan Kristine Seamón (Caitlin ) where the two teens struggle their way through the Italian army base. Though Sebastiano appeared on the show as a supporting cast, his fame was on the rise, thanks to his uncanny performance.

Divulge into the world of Sebastiano Pigazzi as you tag along with this wiki-format article. Also, get to know his age, height, and girlfriend as the article proceeds.

Sebastiano Pigazzi was reportedly born in 1996, making him 24 years of age in 2020. Since he didn’t share his birthday information, Sebastiano’s zodiac sign couldn’t be established.

As for his nationality, Sebastiano is American. Though he was born in Rome, Italy, he later moved to California, US.

Also, he is fluent in Spanish and Italian language.

Sebastiano Pigazzi comes from a family of celebrities.

Here’s a picture of Sebastiano with his mom, Diamante. Hard to believe they are mother and son, isn’t it? 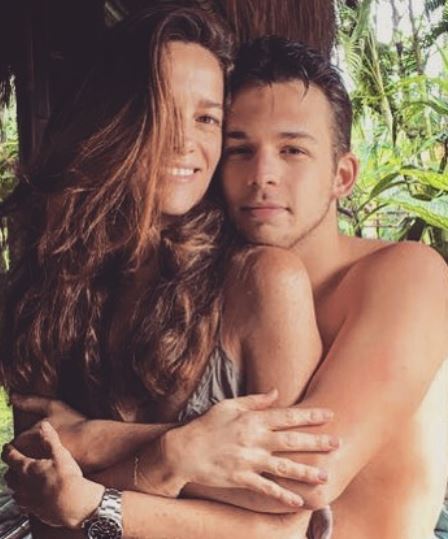 Furthermore, he is the nephew of producer Giuseppe Pedersoli and Christina Pedersoli.

Talking about his distinct features, Sebastiano is a handsome man having a minor resemblance to the American actor, James Dean.

And Sebastiano admits to the fact too. On Jan 4, 2019, he took it to Instagram to share a picture of him looking like James Dean captioned, “James Dean”.

According to the data from August 2020, Sebastiano amassed 3.3K followers on his Instagram @sebastiano.pigazzi and find him on Facebook @Sebastiano Pigazzi.

Also, Sebastiano had his Instagram filled with posts of HBO’s “We Are Who We Are“, all excited about his first big-screen role. Well, who wouldn’t be?

Sebastiano Pigazzi’s net worth was estimated to be under $100 thousand in 2020.

Coming to his education, Sebastiano attended Fairmont Prep Academy in California. He was a member of the swimming and basketball teams and was named Most Valuable Player in freshman and sophomore years.

Moreover, he majored in history and political science and was a two-time recipient of the Dean’s Award. Also, he was awarded the Andrew Mellon Scholarship for the Arts.

For his higher education, he studied at New York University. Later, he received a degree in “Open Arts Studio” from Nyu Tisch Open Arts under instructor Angela Pietropinto in 2017.

Apart from this, in 2018, Sebastiano was in Mambo, Tanzania for a while where he instructed kids in basketball.

As of August 2020, Sebastiano Pigazzi maintained secrecy in his dating life. However, fans claimed that they have seen him with his girlfriend, no name could be established.

Talking about the rumors that Sebastiano might be gay. He had yet to speak on the matter.

Any information change on his dating game, girlfriend or even boyfriend, will soon be updated.