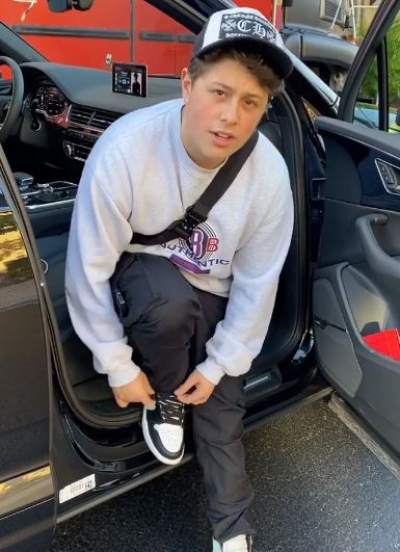 Young and rich, Benjamin is an American entrepreneur and social media influencer popularly known as Benjamin Kicks (or Benjamin Kickz). The reason being, he has built and expanded his business of reselling sneakers through social media and his website, under the same name.

“The Sneaker Don” has a reputation as one of the top resellers in the country. He has been dealing, elite/ fashionable sneakers with professional athletes and rappers including French Montana, DJ Khaled, Drake, and P. Diddy.

Here’s the wiki, career, and personal life details of Benjamin, you do not want to miss!

His real name is ‘Benjamin Kapelushnik’. Although he is, almost everywhere, referred to by his professional name.

Benjamin grew up celebrating his birthday every year on the 14th of October. In the 2020’s October, he turned 21-years-old.

Benjamin Kickz was born and raised in Florida. Both his parents are Russian immigrants who settled in the States, eventually. His dad is a real estate broker and he has a younger brother named Daniel. Meanwhile, his mom is a homemaker.

Although unconfirmed, online outlets reported Mark Kapelushnik as Benjamin’s dad. Nobody knew if it was the classic case of them sharing the same last name. As of 2021, Mark was working as an account executive at Orbit Commercial Capital LLC.

Benjamin attended Fort Lauderdale high school in Florida. But in 2016, he and his family moved to Los Angeles, California because Benjamin felt there were “more opportunities, more money involved out there”.

Benjamin is a Jewish, and that too a “strong believer”.

Benjamin Kickz stood to a growing height of 1.68 meters and his weight, at the time, was reported to be 60 kg or 132 pounds. Fair complexioned, fans have a crush on him also for his cute looks.

Besides shoes, he has this thing for jewelry— watches, bracelets, and chains. He has quite a collection of them, the most expensive ones. One of his diamond chains valued up to 40 carats.

“This one’s a super dope”— he kept saying, as he, one by one, showed and explained over all the jewelry he owned, to his YouTube subscribers.

Benjamin Kickz had 129K subscribers on his YouTube channel ‘Ben Kickz’ (until Jan 2021). Further on Twitter, Instagram, and Facebook, he enjoyed 14.8 thousand, 1 million, and 4.1 thousand followers, respectively. On TikTok, he had 251K people following him, and there he had a collective 2.1M likes on his video contents.

It all started when Benjamin’s mom bought him a pair of Nike LeBron 9 “Galaxies” in seventh or eighth grade. This was the first sneaker he ever traded.

Who would have thought he would someday sign a business partnership with the famous DJ Khaled! 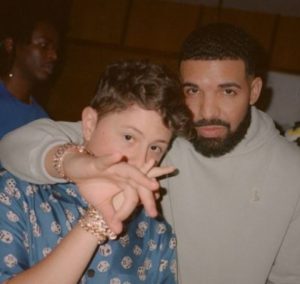 Well, until the moment, he had been trading his merch via store: Sneaker Don.

And, in the long run, Benjamin said, he plans to transition into other businesses as well. But, because trading sneakers is his passion, he would never put an end to it.

To Forbes, circa July of 2016, he claimed his collection of sneakers is worth over $50 thousand.

Also, somewhere around the corner, Benjamin shared his plans to go to college and Yale was his first choice. He said he wanted to do Business and Marketing. And when that happens, he believed he can take care of his business from his computer— but, only the things his full-time staff in Miami can not manage.

In the meantime, Benjamin Kickz already amassed over $2.5 million of net worth.

Circa January 2021, police arrested Benjamin Kickz in Flordia and charged him with felony robbery.

Benjamin allegedly snatched an iPhone from another man. As he walked away, his entourage beat the victim ruthlessly. As Miami-Dade State Attorney’s Office noted, Benjamin thought the guy took pictures of him without his permission.

The alleged beatdown transpired at the Fontainebleau Hotel in Miami Beach on New Year’s Eve.

Besides, Benjamin seemed rather interested in enhancing his entrepreneurship. Plus, at the time, he might also have his studies going on. So much already on his plate, maybe it will be a while before the paparazzi need to be keeping a tab on his personal space. Meaning, amid this writing, he did not seem to have a girlfriend or boyfriend (if in case he is interested in guys).

Not to mention, there was one time, he was linked with someone. Circa 2018, Benjamin was rumored with Audreyana Michelle, a social media sensation and model.

At the time, Audreyana shared some posts on her Instagram, igniting the speculations. Nevertheless, they no longer exist, as she deleted them later.