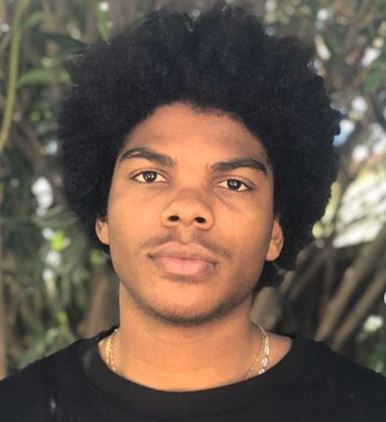 Spence Moore II is a Los Angeles based American actor popular for his roles in Criminal Minds (2016) and 13 Reasons Why (2018).

In 2020, Spence appeared as Caitlin’s older brother ‘Danny’ in Luca Guadagnino’s first TV show We Are Who We Are. With more and more popular contacts flooding his way, we are sure to expect his rise in stardom.

Meanwhile, divulge into the world of Spence Moore II though this wiki-style article. Also, learn about his sexual preference and gay rumors as the article proceeds.

Supporting the movement, Spence took it to Instagram to share his childhood picture alongside a long caption. He wrote,

“We are BLACK MEN!….. We build…. We don’t tear down other BLACK MEN!…. We have felt the pain of being torn down & we have decided we will be deliberate about building others!”

Corresponding to his birthday, Spence is of Sagittarius zodiac.

Born and raised in Saint Louis, MO, Spence Moore II spent his childhood alongside an older sister whom he called Nini or pookybutt (with love). Also, he joked about his sibling being a “#1 CRACKHEAD!!!” but also shared that she was the smartest, most rational person he knew.

As for his parents, Spence’s father was the first of his name “Spencer Moore”. And Spence’s mother Tan Moore was a therapist or as she liked to call “Hip Help-ologist”. Also, Tan had published an e-book called “Essential Encouragement for Essential Parents” which offered practical parenting techniques

Overall, Spence was close to his family. On Nov 24, 2017, he took it to Facebook to share a picture of his family captioned,

“Irreplaceable. Unconditional Love. Family. That is what I am thankful for. Don’t take them for granted.”

In light of his education, Spence graduated from Crespi High School, Encino, CA in 2016. During his freshman year, Spence was a football athlete and had overall | league: 3-7 | 0-4 score.

Taking about his distinct features, Spence was often ridiculed for his funnily shaped nose. However, we think it only adds to his charm.

As of August 2020, Spence entertained 304K followers on her Instagram @spencemooreii. Over bio, he shared:

“I’m a deep thinker. Even an over thinker. But that’s okay because… I am who I am”

An acting bug from childhood, Spence honed his skill since 6th grade after a school talent show. He lived on a motto, “Hard work beats talent when talent doesn’t work hard.”

Coming to his movies and TV shows credits. Here are some popular mentions:

Also, he was the face in commercials for Coca-Cola, Custom Ink, Hormel, and Adidas.

Spence Moore II didn’t have any reported girlfriend as of August 2020. However, though he never officially confessed, Spence seemed to have dated the actress Ashley Nicole Williams. in summer 2019.

Furthermore, his alleged girlfriend, Ashley often appeared on Spence’s Facebook with sweet captions. Once he uploaded a picture of her captioned “My Mona Lisa”. Also, here’s a picture of them on Valentine’s day captioned,

you until the end of time.” 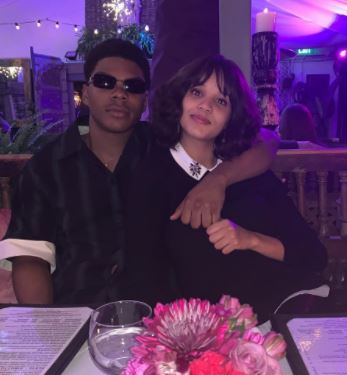 Short info on Ashley Nicole Williams — Ashley is a versatile actress who starred as  ‘Abigail Bellweather’ in Motherland: Fort Salem 2020.

About rumors on Spence Moore II being gay: We cannot say for sure that Spence isn’t gay as he didn’t confirm his sexual preferences. However, he did seem to be interested in girls.