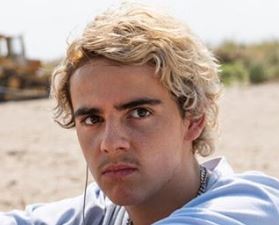 Circa 2017, Jack Dylan Grazer sprung to international fame after starring as Eddie Kaspbrak in the horror film “IT”. His status grew further as he landed a role in the 2019 movie “Shazam!.”

In the article, learn about Jack’s girlfriend, siblings, and net worth. Moreover, find out the gay rumors concerning his sexuality were true or false.

While Angela discovered social media fame as Jack’s mother, Gavin is a renowned producer/actor. As of July 2020, he flaunted 20 acting credits on TV shows and movies.

According to his IMDB profile, Jack Dylan Grazer stood beyond 5 feet 6 inches height.

Being from a show-biz family, Jack was inclined to dabble into the world of acting.

Following a short stint at The Adderley School For The Performing Arts, Jack began acting on movies and TV shows.

With an apperance on “The Greatest Event In TV History” in 2014, Jack made his acting debut. The following year, he starred in “Tales Of Halloween” and “Comedy Bang! Bang!”

By July 2020, Jack was done filming the debut season of TV series “We Are Who We Are” and the movie “Don’t Tell A Soul”. Likewise, a sequel to “Shazam!” was in the work.

Per credible sources, Jack Dylan Grazer owned over $750 thousand in net worth.

Outside of their on-screen personas, Jack and Finn became good friends. Some arrogant people even mistook their friendship for a romantic one. And thus, spawned the gay rumors.

Amid the fanfare, keen fans changed the Wikipedia page of “It 2” and wrote Jack and Finn were dating. The alteration reportedly made Jack angry. He even addressed it via social media.

During an IG Live in July 2021, Jack came out as bisexual. Fielding a question during a Q&A, the actor shared “I’m bi” when a fan asked him “Are you gay?”

Later, fans noted that Jack changed his preferred pronouns on his IG page to note that he goes by either he or they identifiers.

Away from the gay rumor and onto his confirmed dating history, Jack Dylan Grazer possessed a heartthrob image.

Here is his experience with known girlfriends:

Jack Dylan Grazer reportedly met Ellie Hiyar at a party in 2017. At the time, Ellie hadn’t heard of Jack the actor.

By July 2020, Ellie had accumulated more than 25 thousand IG followers.

At the start of 2018, Jack and Ellie called it quits. In a YouTube stream, Ellie shared they were friends.

To those in the dark: Emmy became famous for roles on “Glee” and “Wiener Dog Internationals,”. 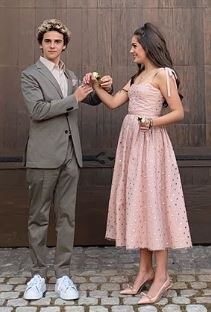 A year his junior, Emmy met Jack on the set of the 2017 movie “Scales: Mermaids Are Real”. They had remained friends until their relationship took a romantic turn.

Jack and his rumored girlfriend spent the 2019 Mother’s Day together with their mothers. Also, on his 16th birthday, Emmy took to IG and penned a heartwarming message.

What’s more, Jack and Emmy celebrated the 2019 Christmas together.

On 3rd February 2020, Jack seemingly confirmed the romance by sharing a photo of him and Emmy standing before a gorgeous door.

By 2021, Jack and Emmy didn’t seem to be together anymore.

Ellie Hiyar Emmy Perry Finn Wolfhard IT Shazam! We Are Who We Are