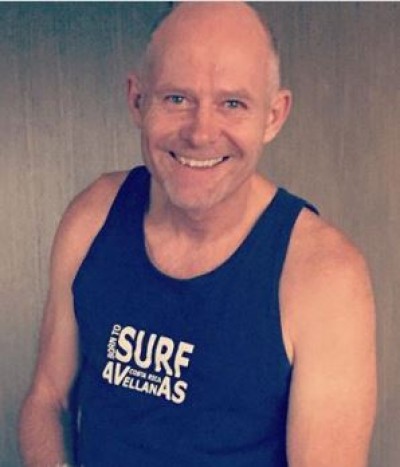 Michael Darby is an Australian-American real estate mogul. At the time of this writing, he served in the position of Principal, Founder at MONUMENT REALITY, a real estate company based in the Washington, D.C. area. The man is, however, more famous for his appearances on the reality television series The Real Housewives of Potomac.

The audience is already well aware of Michael causing as much of a stir and dramedies as the star-housewives of Potomac, Maryland in Bravo’s show. And now, know more of him and the scoops, even the episodes of RHOP did not reveal.

Michael Darby turned 74-years-old in July of 2020. And because he grew up celebrating his birthday every year on the 29th of July, his zodiac sign is Leo.

Michael is a native of Melbourne, Australia. He arrived in America in the 1980s and ever since he considers the place his home.

Several online platforms including Wikipedia described his nationality as Australian-American.

For education, Michael attended the University of Melbourne in Australia. And there, he accomplished a degree in Construction Engineering and Business Development.

This been said, his family background and details on his folks remained unheard-of.

Michael started on his career, working with the nation’s well-known real estate magnate “Oliver Carr”. And, also hit some really hard times in the process; for instance, the time in 2008 when the economy collapsed. Nevertheless, he just worked his way back in. He became one of the largest real estate owners in Somalia, building a 44-acre compound near the airport in Mogadishu.

In the meantime, the reports of 2015 claimed that he amassed a net worth of $20 million.

Michael did not have any public social media profiles himself. But, he made regular appearances on his wife’s. Michael Darby stands above the height of 6 feet. And, he weighed 79 kg or 174 pounds.

He appears incredibly fit for his age, by his extreme sporty activities. He is an avid skier, cyclist, and kitesurfer. Activities such as riding buggies in the forest, climbing Mount Kilimanjaro, or mountain biking in the deserts of Nevada, is what he lives for.

Michael got married to Ashley Boalch Darby in 2014. Two years before, he surprised Ashley with a trip to New York and had proposed to her for marriage on a helicopter ride over the Hudson.

Since the wedding, they welcomed a son named Dean Michael Darby in July of 2019. And, some point later, Michael told The Washington Post Magazine that he agreed to have “at least two” children with his young wife.

In Sept 2020, Ashley took to IG and shared they were expecting their second child. She wrote— “There’s no hiding this big belly anymore! We are elated to share our news with you! To say we are thankful is an absolute understatement”. March the following year, she and Michael welcomed their second son. 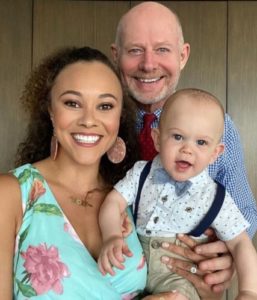 Michael and her family wishes everyone a “Happy Easter” (PIC: Ashley’s IG)

Although the marriage period has not always been the sunshine for the pair. Ashley told E! News back in June that having a baby together has tested their marriage.

Even the episodes of RHOP saw them go through some difficult times. Be it the time when they were in a six-month break (early on in their marriage), in 2018 when Michael was accused of sexual harassment, or later when he was caught on video in a room with a few strippers.

Looking way back, Ashley and Michael met at a bar where they both happened to be working. Ashley, who was still in college, worked as a bartender at a lounge, co-owned by Michael. She spotted Michael on the security monitor, and they started dating shortly after.

Before his marriage to Ashley, Michael Darby had come out of twenty years of relationship with his first wife. They got divorced in the year 2010.

Charlie, a fan of Real Housewives, told The Washington Post that he dissents with a certain promo that “insinuates” his dad as a gay. Charlie went on saying:

“If I saw that producer I’d want to have a word with him about that.”

While nothing much is heard of Charlie’s other sibling. Also, neither of them chooses to be in the spotlight.