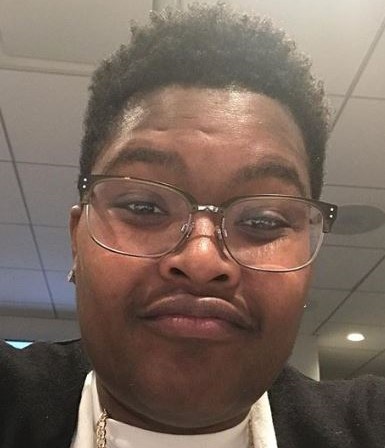 In August 2020, Sam Jay was in the spotlight with her self-titled live show, “3 In The Morning”. And with the release of the dark-comedy series, Sam served up her hilarious takes on relationships, travel nightmares, and more.

While Sam didn’t fail to humor us every moment, on the inauguration episode, she took time out to express how blessed she was to be there. Pounding the New York comedy scene pavement for 8 long years and mostly remaining behind the scenes, it was indeed a breakout moment for her.

Furthermore, the hall filled with laughter as she shared,

“I played a lot of Drake dancing in my apartment,” (the day she signed the Netflix deal).

Divulge on the insides of Sam Jay though this short bio of her. Also, get to know her parents, girlfriend, and net worth as the article proceeds.

Also, she received a birthday wish over Instagram from her alleged girlfriend Yanise Monet as she turned 38. Yanise uploaded a series of pictures of them and tagged her as “best friend”.

Furthermore, Sam is of Capricorn zodiac.

Sam Jay was only 16 when she lost both of her parents. Her father passed away when she was young and her mother followed him in 1998. Reportedly, her mother died of lupus (an autoimmune disease).

For as long as she can remember, Sam was close to her mother in the family. She regularly took Sam to plays and museums and was a comedy fan as well. But as her mother got sick and became bedridden, Sam responded by growing distant.

It was one day when her mother confronted her and asked  “Are you mad at me?”. As Sam replied with a “no”, her mother added “you don’t have to lie. I’m your mother and I’m supposed to do certain things, so don’t feel guilty.”

Within seven months of the incident, Sam’s mother passed away. She recollected her memories to consider what her life would be like if her mother had not said that. She shared,

“Who knows what trajectory that would have set me on? She had that foresight to relieve me of that, she was an impeccable parent!”

Even years after her death, Sam’s love for her mother remained untarnished. She often uploaded pictures of them together over Instagram, especially on Mother’s Day.

Unfortunately, Sam was diagnosed with lupus at the age of 20 as well. She was obsessed with and terrified by death. But as her career took off, she shared that the fear abated.

As for her siblings, there wasn’t any info on them. Most likely, she could be the only child.

As for her distinct features, Sam is noticeable for her short hair. Also, she has dark eyes and a beautiful smile.

Talking about her career, Sam’s first-ever open-mic was in the basement of a dingy Boston pizza shop, at the age of 29.

Over time, she slowed gained more stage time and 4 years after, Sam was invited to Comedy Central’s “Comics to Watch” program. There, she got the opportunity to meet various celebrities who helped her to hook with the shows. Soon after, Saturday Night Live caught her attention and invited her for an audition.

By the time she turned 38, Sam had worked as a staff writer for SNL since 2017 and contributing writer for the 70th Primetime Emmy Awards. And her popularity was on the rise with her big break show “3 In The Morning”.

Also, her influences risen her as an actor as well. She appeared in movies like Fresh Prince of Bel-Air, Get Your life, Broad City, Dope State and more

Furthermore, “Black Jeopardy: Velvet Jones” which starred Eddie Murphy was reportedly influenced by her as well.

Apart from this, Sam is an Emmy Nominated Writer for “Saturday Night Live”

According to “Realitytitbit.com”, Sam Jay’s had a wife named Yanise Monét. Yanise was an interior designer and ran Vanity Interiors, a design company based in NYC, Atlanta, and Los Angels. Reportedly, the duo met each other before 2009.

On the contrary, distracitfy.com addressed Yansie Monét as Sam Jay’s girlfriend in its Aug 2020 article.

Also, Sam talked about her “girlfriend” throughout “3 in the Morning.” For all we know, she might be Yanise Monét or just someone Sam imagined in her head. Whatever their relationship status may be, discerning her social media, Sam did seem to be romantically interested in Yanise.

As for her partner preferences, Sam didn’t discover her homosexuality until her mid-20s. She admits that despite being gay she used to have sex with men as a way to fit in with her friends.

Furthermore, Sam shared about the last d*ck she ever sucked before coming out as a lesbian in the opening “3 In The Morning“.