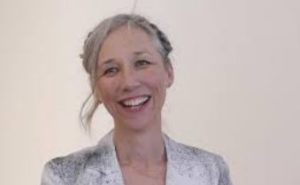 All the spotlight was on artist extraordinaire Alexandra Grant at the 2019 LACMA Art + Film Gala as she stepped out with her alleged longtime partner Keanu Reeves.

Unsurprisingly, neither Alexandra nor the “John Wick” actor immediately offered to comment on their secretive romance at the time. Four months after the red carpet debut, Alexandra spoke to British Vogue and dished out her thoughts on all the attention she was receiving because of Keanu. Referencing the said apperance, she divulged:

“… every single person I knew called me in the first week of November.”

When asked if the marriage was still on the cards in the same interview, Alexandra neither denied nor confirmed it.

According to ELLE, Alexandra Grant and partner Keanu Reeves first came in contact in 2011. That very year, the duo collaborated on the book “Ode to Happiness.”

Circa 2016, Alexandra and alleged boyfriend Keanu released their second project titled “Shadows.” Also in 2016, the lovebirds made their red carpet debut at the UNAIDS Gala at Art Basel.

By early-2019, Alexandra and rumored husband prospect Keanu were exhibiting traits of a married couple. In June that year, the duo looked blissful while attending Saint Laurent’s fashion show. A month earlier, they had sparked dating rumors by appearing at the MOCA Benefit.

Per PEOPLE, the revered artist got photographed next to the A-list actor in October 2019 enjoying a meal at the restaurant called “Giorgio Baldi.”

Born in 1973, Alexandra Grant celebrated her 46th birthday in 2019. The Fairview Park, Ohio-native measures beyond six feet and an inch (184 cm) stature in height.

Since Alexandra’s Wikipedia page doesn’t cite her family background, fans find it almost impossible to extract details about her siblings and biological parents.

Talking about her education, Alexandra received her BA in studio and history from Swarthmore College. For MFA in painting and drawing, she attended California College of the Arts.

Alexandra’s thoughts on beauty standards are as inclusive as they make. Speaking on her grey locks, she once said:

“I am a huge believer in choice – whatever anyone wants to do to feel confident. We should all have more options as to what beauty is. There are billions of us.”

Based in LA, Alexandra Grant is a revered artist whose work revolves around the relationship between various forms of art — painting, film, sculpture & drawing — and language.

An established name in the international art scene, Alexandra boasts a collaboration with Michael Joyce and Channing Hansen. Meanwhile, The Broad Museum at Michigan State University and the Museum of Contemporary Art have exhibited her pieces.

Alexandra garners features in The New York Times and LA Times. A true artist at the core, she is the founder of the nonprofit titled “grantLove project.”

Working on the betterment of art and artists, Alexandra sits on the advisory board and the board of directors of various programs. Previously, she lectured and mentored students at universities.

After marrying actor Rob Lowe, Sheryl Berkoff discovered the celebrity status. However, it was her charisma...