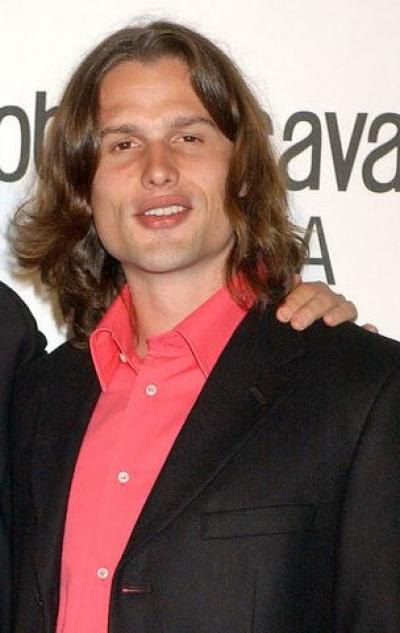 As a reality TV star, a person is prone to risking their privacy, willingly or unwillingly.

Something of the same manner occurred in a season 10 (premiered on April 15, 2020) episode of The Real Housewives of Beverly Hills. Lisa Rinna, the long-times cast of RHOBH, explained to her co-stars, a rare story of her husband Harry Hamlin and his ex, Ursula Andress’s fateful romance. And amid the story, the name Dimitri Hamlin was mentioned who happens to be Lisa’s stepson (Harry and Ursula’s son).

The very narrative made people wanting to know about Dmitri Hamlin and his whereabouts which we will explain to you in the writing below.

Dimitri, birthname Dimitri Alexander Hamlin, was born on the 19th of May 1980 in Los Angeles, California, the United States.

Meanwhile, he was raised in Rome, Italy. And most lately he lived and had his job in Los Angeles.

He turned 40-years-old in May of 2020. His date of birth makes his zodiac sign: Taurus.

Dimitri’s father Harry Hamlin is an American actor, author, and entrepreneur. Harry won the Primetime Emmy nomination for Outstanding Guest Actor for his recurring in the TV series Mad Men.

While his mom, Ursula Andress is a Swiss actress, former model and sex symbol, who has appeared in American, British and Italian films. She is best known for her breakthrough role as ‘Bond girl Honey Ryder’ in the first James Bond film, Dr. No.

Harry and Ursula worked together in the 1981’s Clash of the Titans. And, during the making of this film, the two got into a romantic relationship and so, Dimitri was born. And although an engagement was announced, they never married and called it quits in 1983. 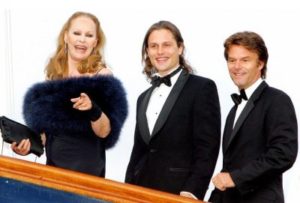 Dimitri, with his parents at a party to celebrate Ursula’s 70th birthday (2006) in Edinburgh, Scotland (PIC: bravotv.com)

“I was always very possessive and for Harry, his career is the main thing. Love affairs and husbands can end, but a child is forever. Dimitri is my love now.”

In the meantime, Dimitri has two half-siblings (both sisters): Delilah Belle Hamlin and Amelia Gray Hamlin. His dad later went on to marry Lisa Rinna in 1997.

From what it looks like, Dimitri shares a good-enough relationship with his father’s new family, appearing together in events and all.

Most of his early years, he had his hair long, shoulder-lengthed. And last spotted in July of 2019, he had it cut short and looked dashing than ever.

Dimitri tried it all, acting, modeling, DJing, and making cameos in music videos.

He modeled for the fashion houses including Abercrombie & Fitch. In the catalog, back in 2004, he starred with then-unknown Taylor Swift.

Also, he played ‘Enzo Parisi Jr.’ in the Swedish television series, My Daughters in 2005.

He has a degree in Philosophy from Princeton University. Not to mention, he also wrote some articles for The Huffington Post. The popular outlet explains Dimitri, on its official page, as a contributor and ontological anarchist.

In the meantime, Dimitri Hamlin’s net worth remained unheard-of. While he will also be inheriting some part of his father’s $10 million and more fortune.

Dimitri Hamlin, who stepped onto his forties, might have experienced few too many relationships and came close to acquiring a wife in the past.

Growing up in the showbiz world as a star kid, no doubt, he must have been quite popular amongst his friends and co-workers.

Although, as of the time of this writing, there was no information, of any kind, on his married status. Also, no girlfriends rumors.

More to it, his anonymity in the trending social media platforms does not help either. All of this makes him extremely low-keyed. Maybe he does not want the same media and public attention over his personal life, that his stepmom and his folks enjoyed.

All been said, only time may reveal what he has been up to now and then. Or, just maybe until Lisa spill more beans in forthcoming episodes of The Real Housewives of Beverly Hills.