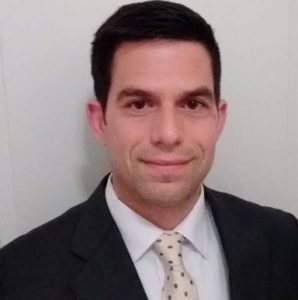 In August 2020, Jeffrey Marty sprung to headlines after he filed new court documents asking for the annulment of his marriage to Stacey Dash.

On 15th June 2020, Jeffrey Marty officially returned to the dating scene after his wife filed the divorce papers in Florida. Per the documents filed by Stacey Dash, she and Jeffrey separated on 1st September 2019.

Hours after the news of their divorce broke, Jeffrey took to Twitter and wrote:

“I regret to say that @StaceyDash has filed to end our marriage via divorce. We separated 9 months ago and there was no attempt to reconcile. I do NOT agree that divorce results from “prayer.” God forgives, loves, and heals. If people don’t, then they’re not following God.”

In 2020, Jeffrey Marty entered singlehood. Late-April that year, his wife Stacey Dash announced that the duo was separating. Via Instagram, she wrote:

“My husband and I have made the hard decision of ending our marriage. After much prayer, I feel this is the right path for both of us. I wish him nothing but the best. Thank you everyone for your support and [for] respecting our privacy during this difficult time.”

For his part, Jeffrey didn’t make himself available for comments. Also, it seemed unclear that he and Stacey were divorcing one another or taking a break from their marriage.

On 29th September 2019, Jeffrey Marty got into a physical altercation with wife Stacey Dash.

Responding to the 911 call from Stacey, the law enforcement agents arrived at the married duo’s residence in New Port Richey at around 8 pm.

Initially, Stacey had accused Jeffrey of putting her in a chokehold and pushing her. Contrary to her claims, the police found scratch marks on Jeffery’s arms.

Following the revelation, the responding officers arrested Stacey and charged her with domestic battery. Upon the arrest, she got held on $500 bail.

Jeffrey later dropped all the charges. For her part, Stacey described the entire debacle as “marital dispute that escalated.” 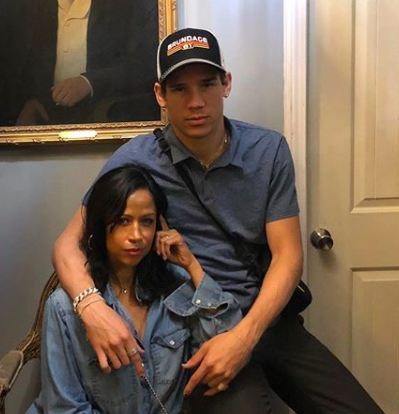 Up until the dispute, Jeffrey’s married life with wife Stacey had been nothing but a fairytale-like.

When Jeffrey first encountered the “Clueless” actress in late-March 2018, sparks flew. Needing to make good of their chemistry, the duo tied the knot in a private wedding ceremony ten days later.

Jeffrey, on the other hand, co-parents three kids with his first wife.

Since there didn’t exist the so-called 15th district in Georgia, people called him out. He later dubbed the handle as a parody.

A deeply religious man, Jeffrey used to be a democrat. Following Stacey Dash’s suit, he later became a republican.

Now in his early 40s, Jeffrey owns a B.Sc degree from the University of Wisconsin. Meanwhile, for his hi Juris Doctor, he attended Marquette University Law School.

When not busy preaching “MAGA” ideologies on Twitter and sharing Bible stories on YouTube, Jeffrey Marty remains occupied with his day job.

A Trinity, Florida-based attorney, Jeffrey Marty is yet to reveal his net worth. In contrast, his now-estranged wife Stacey Dash boasts $8 million net worth.