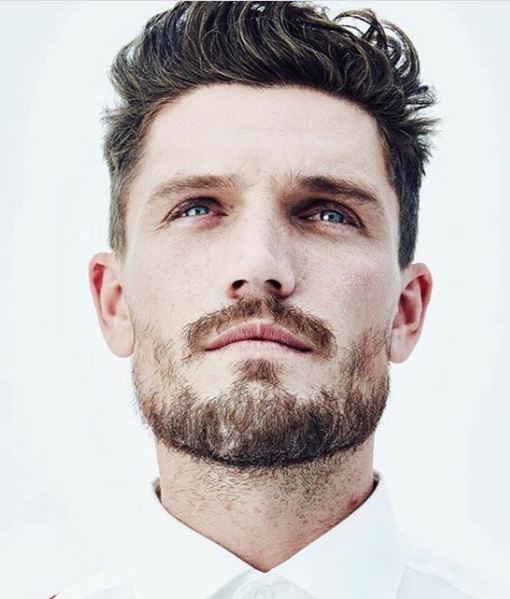 An official cast member of Below Deck Mediterranean, Robert Westergaard is a model-turned-deckhand. Also, he described himself as a “Modern nomad” over his Instagram bio 2020.

On the July 6th episode of Below Deck Mediterranean, Robert opened up a little bit more about his life’s journey. He talked about his sobriety and struggle with alcoholism. Furthermore, he woke up bubbly after sharing it with his dating prospect Jessica More.

Get to know all on the insides of Robert Westergaard as you tag along with this wiki-style article. Moreover, get to know his age and height as the article proceeds.

Corresponding to his birthday, Robert is of Aries zodiac.

As for his nationally, Robert is a native of South Africa.

Talking about Robert Westergaard’s parents, Robert’s father passed away when he was young. Also, Robert’s mother struggled with alcoholism and passed away due to liver failure in 2012.

Furthermore, Robert launched his career as a professional model to pay off his mother’s debt and support his sibling. He has a sister named Emma Zita who seemed close to him and loved him “to the moon”.

As per Robert’s bio on BravoTV, he turned to the sea for healing after his mother passed away. They added, Robert is a thrill-seeker with a passion for travel and mechanics and soon found his way to yachting.

As of 2020, Robert was celebrating 10 years of sobriety. Previously, Robert was addicted to alcohol and entered rehab together alongside his mother.

Eventually, Robert got sober and left. Unfortunately, it was then his mother passed away. Robert shared,

After opening up about his past, Robert’s fans flooded him all of their love and support. On 8th July 2020, Robert took it to Instagram thanking them, with few words of gratitude and courage.

In July 2020, Robert Westergaard had 13.3K followers on his Instagram @robert_westergaard. He mostly shared his Below Deck video clips and modeling photos over Instagram.

Robert’s time on Below Deck Mediterranean has proven him to be dependable, honest, and trustworthy. Although he attributed most problems onboard to a lack of communication, he had respect for the workplace hierarchy.

Before appearing on the reality show, Robert traveled the world working with prestigious fashion houses for 9 long years. As a model, he was featured on Venice Cowboys for CHLOE Magazine 2017, M.COHEN 2016, LA SESSION: NEXT MODELS 2016, and many more.

According to thelist.com, working as a deckhand on Below Deck, one can easily earn $5,000 a month. Also, you have the perks like — tax-free income, enjoy generous vacation allowances, and living in a yacht zero with monthly bills.

So, with the Below Deck crew easily building up their savings, we estimate Robert Westergaard’s net worth to be $0.6 million as of 2020.

Coming to Robert Westergaard’s dating life, we have few names that pop up as his love interest. Though he didn’t have a girlfriend officially as of July 2020, he might soon get into a relationship with one.

As seen on July 6th episode of Below Deck Mediterranean, Robert looked happy the next day he shared his life story to his crush Jessica More.

Previously, Robert posted a selfie on Instagram of him and Jessica kissing. But chief stew Hannah Ferrier reported that he also posted a photo of himself kissing another woman in his stories, captioned “Missing your touch.”

So, this put Jessica into a state of dilemma, wondering if Robert was still with his ex-girlfriend. Furthermore, in an interview, Robert confessed that he might have misled Jessica about the open relationship he was already in.

With numerous names Madison Stalker could be dating, Robert certainly came on the list. And as soon as she shared that it wasn’t Luke Gulbranson, fans shifted their attention to Robert.

While Robert’s enigmatic interview of being in an open relationship surfaced, Robert and Madison’s rumor of sharing a “boatmance” became a possibility.