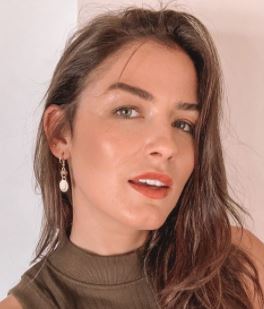 After Chief Stew Hannah Ferrier‘s unceremonious firing from Below Deck Med Season 5 on August 24, 2020 episode, the stew team struggled, being a member down.

However, Bugsy Drake was promoted to the ranks of Chief Stew and a replacement for the second stew, Aesha Scott was brought onboard The Wellington.

Previously, Aesha appeared on season 4 of Below Deck Med as a new “yachtie” and many viewers claimed her to be the “absolute best reality personality ever to grace television”.

Learn more about Aesha Scott as this wiki-style article proceeds.

Aesha Scott was born and raised in Tauranga, New Zealand. That makes her “Kiwi” or of New Zealand nationality. She has 5 siblings; 4 brothers and a younger sister.

As for Aesha’s parents, they often appeared with a piece of advice on her every turn. It was Aesha’s mother who told Aesha not to get together with Jack Stirrup referring him to have a “snakey penis”.

Also, Aesha’s dad recommended her not to spend all the time on the sun (over the yacht) as she would look “ugly and wrinkled” in a few years. To which she replied, “I’d rather die tanned ?”

Mentioning other members of the family, Aesha was close to her grandparents. Unfortunately, her grandfather passed away on June 28, 2020.

Talking about her early life, Aesha was diagnosed with attention-deficit/hyperactivity disorder (ADHD) when she was young. About her “unending happiness”, she spoke,

“I honestly think one of the keys to my unending happiness is the fact that I’m very hyperactive and that energy comes out as excitement.”

But, Aesha claimed that ADHD was “the biggest gift she ever could have gotten!”. As she was blessed with unceasing energy, Aesha’s family envied her enthusiasm.

According to her Bravotv bio, ” Aesha was raised to be loud and gregarious with a bawdy sense of humor.”

Corresponding to her birthday, Aesha is of Taurus zodiac.

As for her hobby, Aesha likes to adventure whether it’s over the waters or out in the bush. She traveled to places like e Chichen-Itza Ruins, Monaco, Ibiza, Nice, and Antigua.

Aesha began her journey in the yachting industry 5 years before she became a cast member of Below Deck Med. Moreover, it was her earlier contact that made it possible for her to appear on the show.

She confessed that she had a difficult time explaining to people about her job and how it worked. To simplify, she began working as a deckhand before moving over to the interior.

However, Aesha Scott seemed pretty satisfied with her salary and had accumulated a net worth of $725 thousand by 2020.

According to the August 2020 data, Aesha flaunted 188K followers over Instagram @aesha_jean. Also, she had a Cameo account @aeshascott where you could request for $45 and chat for $3.99.

Talking about what Aesha Scott is doing now, as of August 2020,  Aesha didn’t seem to be involved with any other programs rather than Below Deck Med.

She returned to the Below Deck Med Season 5 as the second stew on August 24, 2020 episode.

Also, Aesha was advocating the #TheFoodBankProject to support Period Poverty.

Furthermore, as an adventurer enthusiast, she was also practicing kiting/paragliding.

Coming to her dating life, Aesha Scott confessed that she had a “dirty mind”. She tried being with a woman but it didn’t work out.

As for her male partners, Aesha was once in a relationship with Jack Stirrup. They were fellow crew members on Below Deck Med and broke up after Aesha came to know that Jack already had a girlfriend.

It was only after Jack’s girlfriend texted Aesha to “to stop calling her boyfriend.” that Aesha knew she was being cheated.

After the incident, Aesha broke up with Jack over the phone and the situation was quite messy. However, Jack had apologized later and the duo admitted that they weren’t romantically right for each other. 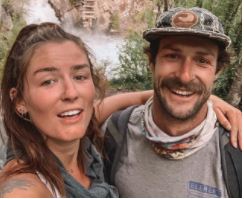 Soon after the breakup, Aesha Scott made a new boyfriend, Scotty Dobbo. They both share a passion for adventure and together have traveled across countries; hiking, rock climbing, horseback riding, canoeing, biking, and even driving an old ambulance.

A little info on Aesha’s 2020 boyfriend, Scotty Dobbo — His real name is Scotty Dobson and hails from Tauranga, New Zealand. Yes! the same small town Aesha was born in. Also, he went to Dominican College and was a soccer player in the 2011 season.