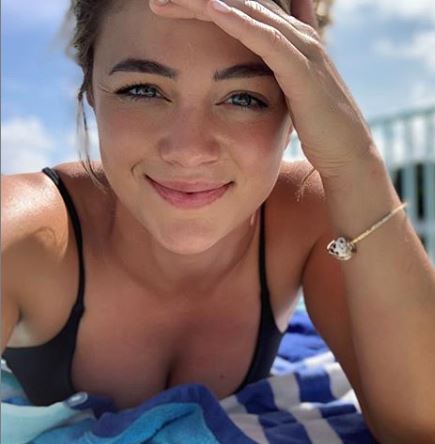 Setting sail across Mallorca, Spain, in “The Wellington” yacht, Malia White has returned for Season 5 of Below Deck Mediterranean. Previously, she appeared in season 2 of the show working as a deckhand on a yacht named “The Sirocco“.

Malia hadn’t worked on yachts before season 2 of the show. Making her way up, Malia became the head of the deck team “bosun” in season 5. Also, she shared that her next goal was to become a chief officer.

Furthermore, season 5 was the first time on any Below Deck show, the captain, the chief stewardess (Hannah Ferrier), and the bosun were all women.

Divulge on the insides of Malia White as we take you through his wiki-style article. Moreover, get to know her age, family, and if she was married as the article proceeds.

Corresponding to her birthday, Malia is of Cancer zodiac.

Apart from this, Malia is a  certified divemaster. Working in a male-dominated field, Malia was never shy to make her mark. She taught scuba and water sport lessons throughout the Bahamas and Hawaii.

A member of a family of 6 siblings, Malia White has 5 older brothers, one of which has served in the military. Her siblings frequently made appearances over her Instagram account too. Also, they were submerged in the life of the sea. Maybe, there where her adventure-seeking, active lifestyle comes from.

As for her parents, her father remained anonymous while her mother was reportedly over 60 in 2020. Also, Malia took it to Instagram to picture together with her Mother — wishing her a happy Mother’s day 2019. She sweetly captioned the picture as,

“They say if you want to know how a woman will age- look at her mother. I can only hope to be so lucky in both beauty & spirit.”

Malia is a beautiful lady who isn’t afraid to show off her well-toned body. She was seen faulting off her slightly-chiseled abs over Instagram with her 35-25-35 inches measurement.

Also, she had a Cameo account where she took on requests, mostly for wishing birthday and anniversary celebrations. The request cost $25 at the time.

Receiving her captain’s license in March 2017, Malia has returned to Below Deck Mediterranean season 5 with more adequacy. Though she can be blunt, outspoken, and quick to speak her mind, Malia was a responsible crew and everyone loved her honesty.

According to thelist.com, working as a bosun on Below Deck, one can easily earn a $6,000 salary per month. Also, you have the perks like — tax-free income, enjoy generous vacation allowances, and living in a yacht zero with monthly bills.

So, with the Below Deck crew easily building up their savings, we estimate Malia White’s net worth to be $0.65 million as of 2020.

As of 2021, Malia White had yet to taste the perks that came with married life.

Unlike others, Malia’s dating life was always an open book for her fans.

In late Aug 2021, Malia White confirmed she was dating Jake Baker. The latter made the romance official by sharing a photo of them locking lips on Instagram.

Fans remember Malia’s new boyfriend, Jake for appearing as an engineer for Season 6 of the Bravo show “Below Deck Mediterranean”.

Jake hails from Whakatane, New Zealand. A fitness fanatic, he is also an animal lover. Liked by the Below deck cast, Jake enjoys traveling.

On June 1, 2020, Malia confessed that she had a boyfriend named Tom for more than a year. But, as “boatmances” are popular within the show, it doesn’t mean that there won’t something going on in the crew mess.

Malia White and Tom Chekkets first met in October 2018. While Malia kept it a secret for a while, it was her talk with the chief stewardess (Hannah Ferrier) on Below Deck that gave her out. 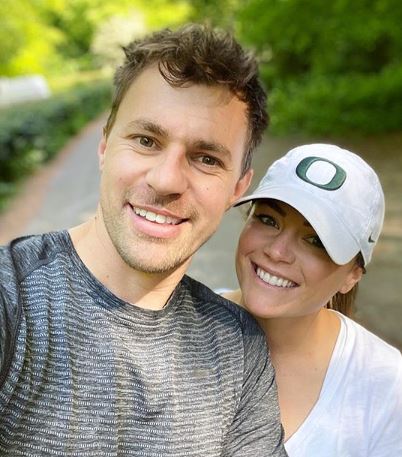 Also, Tom Chekkets was the  Head chef on Below Deck. This certainly connected them a little stronger and the lovebirds were in a long-distance relationship as of July 2020.

In late-September 2020, Malia confirmed she and Tom had broken up. Speaking about the split, the Bravo beauty blamed “the industry” and the distance.

Previously, Malia embarked on a “boatmance” with the former bosun, Wes Walton in season 2 of Below Deck. Also, they dated for a short time after season 2 was over before breaking up.

However, an end to the relationship didn’t particularly mean an end to their friendship. As of July 2020, Malia and Wes were good friends and they often shared their travels stories.

In season 2 of Below Deck, Malia was in a complicated love triangle with Chef Adam Glick and bosun Wes Walton. Though she ultimately chose Wes, she also couldn’t deny that she liked Adam too. Reportedly, Malia secretly met Adam before filming began and went back and forth with her feelings.