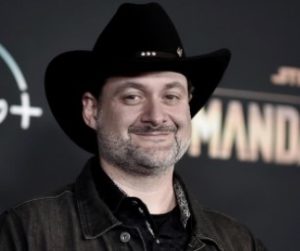 In 2021, Dave was every media’s center of attention as the talented animator earned the promotion to become the executive director of Lucasfilm.

Today, we are going to talk about Dave’s career, his promotion within the Lucas Film Studio. Also, get insights into Dave’s age, net worth, and relationship with his wife Anne Convery.

The news of Dave Filoni’s promotion to the role of executive director at Lucas Film Studio recently hit the Internet on May 21, 2021, after his title was changed on the Lucasfilm website.

His fans and supporters reacted to the news with great joy. The cast members of The Mandalorian, an Emmy award-winning live-action show in the Star Wars franchise where Dave works as the executive producer and writer, congratulated Dave on his achievement.

Variety reports that the promotion took place in the summer of 2020 but was only updated online very recently. With the promotion, Dave now works directly under LucasFilm president Kathleen Kennedy.

Dave Filoni was born and brought up in Mt. Lebanon, Pennsylvania, a suburb in Pittsburgh. To talk about his family, Dave is the son of Patricia Ann (mom) and Albert Lawrence Filoni (dad).

Dave’s dad was of Italian origin whereas Dave has Croatian and English ancestry on his mom’s side. Therefore, his ethnicity is mixed. His nationality, however, is strictly American.

No information about Dave’s siblings was available as of May 2021.

Dave Filoni stands tall at a height of almost 6 feet. What’s more, he weighs no more than 80 kilograms.

For high school, Dave went to Mt. Lebanon. In 1992, Dave joined the Edinboro University of Pennsylvania for his undergraduate studies and graduated from there in 1996.

Dave started his career as a storyboard artist and assistant director. In his early career, Dave worked as an assistant director in King of the Hill, Teamo Supremo, and Kim Possible. He, then, moved on to direct first-season episodes of Nickelodeon‘s animated show Avatar: The Last Airbender.

In 2005, Dave left Nickeloden after he received a job offer from George Lucas to help build him his animation studio and the studio’s first show, Star Wars: The Clone Wars.

Furthermore, Filoni served as an executive producer for Star Wars Rebels, which debuted on TV in 2014.

In 2017, Dave worked with Jon Favreau to create The Mandalorian.

As an actor, Dave made his debut in The Mandalorian. Moreover, Dave gave voice to the bounty Embo and the droid Cheep in Star Wars: The Clone Wars. LucasFilm‘s executive creative director also gave voice to Rebel Crewman, Stormtroopers, and Mandalorian Warrior in Star Wars Rebels.

In case you were living under a rock and do not know who Jon Favreau is, well the guy is popular for his contributions to the Star Wars franchise and Marvel Cinematic Universe.

Following Dave’s astounding contributions to Star Wars franchise by developing various animated series, he was invited to Jon Favreau to help him create The Mandalorian for Disney+, a live-action Star Wars series. As a crazy fan of the Star Wars universe himself, Dave gleefully accepted the offer.

The collaboration between Dave and Jon was received very well by the public and they want them to collaborate more.

For a person as busy as Dave, you would probably think that he does not have time to do anything but his work. But that is false, as the American animator has a wife Elizabeth Anne Convery, and manages to give enough time to her.

Like Dave, his wife Anne is also connected to the Star Wars world. She wrote the short story titled Bug which also appeared in the anthology The Clone Wars: Stories of Light and Dark. The whole book was based on an episode of Star Wars: The Clone Wars, an animated TV show written by Dave.

Together with her husband, Anne authored a book called The Confidence Chronicles, a steampunk fantasy, adventure, mystery story set in gold rush California.

Judging from their social media posts, the husband-wife duo has plenty of love to offer to each other. Moreover, Dave has named a species of owl in the Star Wars universe after his wife Anne. 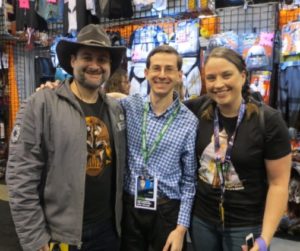 As of May 2021, we did not know whether Dave and his wife Anne have any kids of their own. Even if they did, maybe the pair didn’t want their kids to get exposed to the limelight so early in their life.