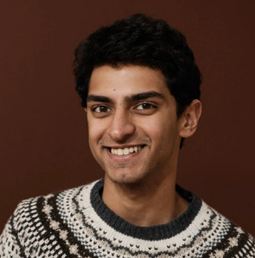 Indian actor who is based in America, Karan Soni gets best remembered for playing the role of “Aranu” in  the 2012 flick “Safety Not Guaranteed.” He also portrayed the beloved character “Dopinder” in the blockbuster “Deadpool” franchise.

Dig through Karan’s wiki and biography and know about his girlfriend, net worth, and family background!

Hailing from a well-to-do family, Karan was born to biological parents who were both Indians. Sadly, nobody knows about his siblings — assuming he has one.

A New Delhi, India-native, Karan attended an International school in his hometown. For college education, he moved to America enrolled at the LA-based University of South California, School of Dramatic Arts.

After making his acting debut, Karan starred in numerous TV shows like “Geo’s Pizza,” “Betas,” “Mighty Med,” “Other Space,” “Blunt Talk,” “I Live With Models,” ” The Goldbergs,” and “Miracle Workers.”

In 2019, it was revealed that Karan would star in projects such as “Like a Boss,” “Superintelligence,” “Mira, Royal Detective” and “Trolls World Tour.”

Measuring five feet & nine inches+ in height, Karan reportedly owns a net worth of over $2 million.

Karan also starred in an AT&T commercial titled “Did it Hurt When You Fell From Heaven” directed by Randy Krallman.

As a performer, Karan contributed to the soundtrack for the TV series “Betas.” He sang “If You Leave Me Now.”

Moreover, on IG, Karan flaunted a sizeable following — 90.6k, to be more precise.

Questions surrounding Karan Soni’s sexuality arose after he portrayed the gay character “Stewart Lipinski” in the series “Other Space.”

Of all the scenes on “Other Space,” the one where Karan’s character gets teased for having an alien for a boyfriend remains the most memorable.

Away from the on-screen performance, there exists little to no clue which outrightly proves that Karan might be a closeted gay man.

The rumors of Karan being gay persisted in 2020 as the beloved actor hadn’t unveiled his girlfriend/boyfriend. Nor had he offered words on his dating life (or married life, for that matter).

Maya Erskine is an American actress and writer noted for her portrayals of Maggie in FXX‘s romantic...