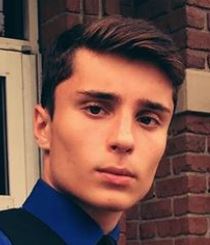 Read everything you need to know about him in this Peter Vigilante wiki. And read about his girlfriend(s) and parents. Read about his job and social media influence. Also, discover his height, net worth, etc.

Peter Vigilante On Too Hot To Handle

Among the 10 participants for the second season of Too Hot To Handle, Peter was one. Peter’s other co-stars are Cam Holmes, 24, from Wales; Carly Lawrence, 24, from Toronto; Chase De Moor, 24, from Arizona; Emily Fayemiller, 27, from London; Kayla Jean, 26, from Florida; Larissa Trownson, 28, from New Zealand; Marvin Anthony, 26, from Paris; Melinda Melrose, 28, from New York; and Nathan Webb, 27, from Texas.

The season is going to premiere on 23 June 2021 on Netflix. So far, there have been no leaks about Peter’s journey in the how and how much fun and trouble he gets himself into. In his contestant description, it was mentioned that Peter’s “family close to his heart, and he prides himself on his close relationship with his mother.”

Peter Vigilante was also the youngest participant in the show. He was born on 6 September 1999 and as of June 2021, he was only 21 years of age. And because he celebrated his birthday every year on the 6th of September, his zodiac sign was Virgo.

We have already mentioned that Peter Vigilante has a close relationship with his family, especially his mother. Apparently, his mother is his “No. 1 woman in his life”. His parents are Anthony and Louise Vigilante of Staten Island, New York. We do not know much about his parents. Apart from his parents, Peter also has a lot of siblings in the family.

Peter’s older siblings are already married and have children of their own.

Peter Vigilante stands at a height of 5 ft 11 inches. Apart from his tall height, Peter is a handsome man in every other physical aspect as well. He has long dark hair and blue eyes. He flaunts a very well-toned body with strong abs.

As of 2021, Peter was massive on social media. Even before he gained fame from Too Hot To Handle, Peter was a huge social media celebrity. He was especially huge on Instagram and Tiktok.

On Instagram, where most of the 125 posts were him showing his ripped body and one post about him attending the Logic concert, he had over 83.3k followers. Similarly, on 11 May 2021, Peter also reached 2 million subscribers on his Tiktok channel. There was a Vigilante family TikTok channel with 4.2k followers.

Apart from the two big platforms, Peter also enjoyed a decent following on Twitter, i.e. 14.9k. He also had his own Youtube channel with 2.44k subscribers.

Peter’s job, before Too Hot To Handle, was basically of a social media celebrity. But he is also a personal trainer in his hometown of Staten Island, New York. According to our sources, the average personal trainer in New York makes about $29 every hour. Peter is young but at the same time jacked himself. So, he must be earning around that mark from his job as a personal trainer.

Peter also had a cameo profile. There were 4 5-star reviews and there were 82 members in his fan club. But he was not using cameo calls as of June 2021. Moreover, Peter also had an OnlyFans account, where the cost of his monthly subscription was only $30.

As of June 2021, we do not know anything about any of his girlfriend(s). For someone, who is as active as Peter Vigilante is on social media, he has kept his dating life, if he has any, a secret. Of course, right now, Peter looks pretty much looks single but there were no suggestions of any previous girlfriends either.

Interestingly, Peter has mentioned that he gets at least 200 DMs from his fans on social media.