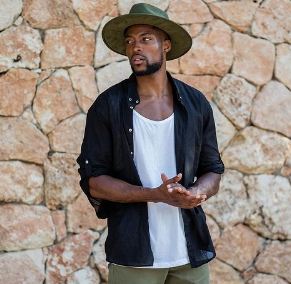 Marvin Anthony stirred conversation in Netflix’s Too Hot To Handle season 2 with his good looks, athleticism, and his accent. He was one of the 10 new contestants in the show who attempted to win the show.

Learn more about the French reality show star with this Marvin Anthony Wiki.

Marvin Anthony On Too Hot To Handle

Marvin Anthony appeared on Netflix’s Too Hot To Handle in season 2. He is a total package and acquires the necessary attributes to win the show and the grand prize of $100,000. He promoted his appearance on the show on his Instagram for the first time on 15 June 2021.

As PEOPLE wrote, “He’s got the confidence to spare, but with his pick of the ladies and all the attention, can you have too much of a good thing?”

But it appears, Netflix’s show isn’t the first time he appeared on a reality show. He was reportedly on Love Island France and urged his fans to vote on his Facebook account.

“Bitch I’m a boss. Turning 26 years old today, we’ve come so far but it’s just the beginning. #birthday.” That’s what Marvin Anthony wrote while celebrating his birthday in 2021. Furthermore, his birthday falls every year on 23 March making him an Aries by zodiac sign.

Marvin Anthony was born to her anonymous father and her mother Micheline Thoo. His father steals himself away from the public attention as of this writing. As for her mother, she hailed from Paris, France, and lived in Pontoise, France.

Marvin is very close to her mother who founded Parisina Woman at J’aime Pontoise. She started her business in September of 2018 and has been working in the company ever since.

For a mother with a 26-year-old son, Micheline appears very young for her age. She is on Instagram with 538 followers. Marvin never forgets to wish her a happy birthday and mother’s day every year.

This made Marvin Anthony of French nationality.

Besides being a handsome hunk, Marvin Anthony stands tall at a height of 6 feet 4 inches (1.93 meters). He, without a doubt, has a sense of style and taste in fashion. The handsome guy is definitely well equipped to become a runway model.

Marvin Anthony can be discovered in most of the platforms people are on. He is on YouTube where he gathered 1.4k followers as of June 2021. He only uploaded 5 videos in total as of this writing. Two of his videos are about Oprah Winfrey as his inspiration and Law of Attraction, and one is about being a model, and the rest of the two about making the right career choice.

His Facebook account hasn’t been updated since May of 2020 but holds a little information about him. He is also on Snapchat and goes by the name @marvinanthony95.

Furthermore, Marvin is most popular on Instagram where he flaunts 243k followers. He posted 83 times in total as of this writing. The last but not least, he is on TikTok with 144.5k followers and 796.4k likes for his videos.

More From Us: Justin B. Smith Wiki: Net Worth, Age, Uma Thurman

The French model, businessman, and reality star Mark Anthony sit on a total net worth under $300K.

Marvin Anthony is a college graduate with a master’s degree in finance. Besides being a model, he started his own concierge business. So, he is an entrepreneur rather than having a job. Furthermore, he also played basketball at the highest level in his hometown in France.

The French national started as a model at Contrebande back home. He also modeled for Agence Celine: Models & Actors. Furthermore, he debuted his career as a sports model in 2017. In June of 2017, he shared a commercial of Hugo Boss where he modeled putting on a suit and showing off his basketball skills.

According to Salary Expert, an average model in France made €36,826 from modeling, so he made a similar sum as a model. Besides modeling, he also runs a blog named melosociety.com. It is a blog started with a goal to motivate young people to follow their dreams and passion.

However, his passion for show business drove him into the path of joining the reality show. Marvin joined others casts of Netflix’s Too Hot To Handle season 2.

Despite having accomplished so much at such a young age, it might come as a surprise to many to know that, Marvin Anthony is probably single as of 2021. None of his socials hinted at his romantic entanglements.

It is absolutely absurd that there are almost no hints of him ever having a girlfriend. So, we believe Marvin prefers to keep his dating life away from the public eyes and ears. But, since he is on Netflix’s show, he highly likely won’t remain single by the end of it.