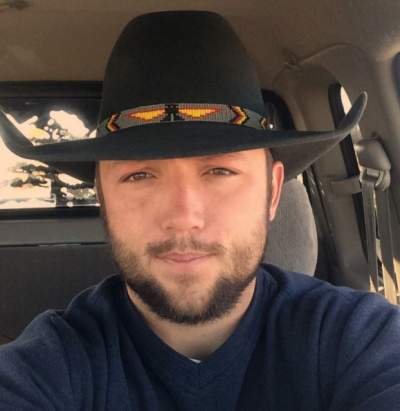 Meet History Channel’s Mountain Men Jake Herak. He is one of the self-sufficient survivalists who rose to fame after he debuted in the seventh season of the Mountain Men docu-series in 2012. From then until the release of the tenth season on June 3, 2021, he continued to star in the show and became a fan favorite.

Here’s a Wiki covering all about Jate Herak, the man who comes with his team of dogs.

Born supposedly a sensitive, self-sacrificing, and intuitive Pisces, Jake Herak grew up celebrating his birthday every year on March 1st. He reached the age of 32 in 2021.

Jake Herak’s father John Herak battled cancer and went from 220lbs to 160lbs. Wishing him on Father’s Day, he explained how he still never gave up, kept fighting, and by 2019 he was cancer-free.

Jake also mentioned that it is his dad who made him into the man he is today.

Further, his mom is Alisa Smith of Twin Bridges, Montana who went to Charlo High School.

For siblings, Jake has two brothers, Michael Smith and Bo Herak, and a sister named Sierra Smith. While little was known about Michael and Sierra, his brother Bo is a football coach at Twin Bridges High School. He went to the same school his mom attended. And formerly, he worked as a bullfighter (rodeo) at Brash Rodeo.

That been said, Jake is probably not related to Rich Lewis. Jake had replaced Rich on Mountain Men Season 7. Rich, a mountain lion hunter, and a Montana’s Ruby Valley inhabitant had stopped appearing on the series after he said he was getting too old for the job on the prior season.

Jake Herak stands above 5’11” in height. A star football athlete during high school, he went to Twin Bridges High School.

Jake Herak could be spotted on Instagram and Facebook where he shared close and unfiltered glimpses from the hunting scene.

He is a registered hunting guide at GUIDEFITTER and has had the likes of elite hunters training at grey cliffs to add to his expertise and skills in hunting.

A self-proclaimed “outdoor addict” and living at the foot of Montana’s Tobacco Root Mountains, Jake arrived in the valley as a teenager. Eventually, he began menacing the realm’s mountain lions away by using several Treeing Walker Coonhounds. So, over the years, he hoarded a generous pack of dogs. Still, the fans were concerned he lost two of his most tried and true dogs (Henry and Clutch) ahead of Mountain Men Season 10.

Jake’s expertise in running lions keeps him engaged mostly in winter, every winter bringing in new and deadly challenges.

That been said, he is still learning to attain perfection in what he does even though, during his first professional season, Jake with his team of walker hounds had already run off a staggering nineteen mountain lions.

Besides the Mountain Men viewers have seen him hunting deers and bobcats, skinning and harvesting the deer meat (on S07 E06), and fishing avidly.

Jake Herak had never been married and hadn’t acquired a wife before the time of this writing. But, the last time he discussed his romance in Feb. 2021, on Instagram, he was happily committed to his girlfriend Anika Ward. He had worded, “happy valentine’s day to a very special lady of mine” also adding, “@anikaward puts up with a lot, me and the hounds appreciate you more than you know!”.

Sharing this very glimpse from their celebration, Jake had captioned these words back in Feb. 2019:

Happy Valentine’s Day to this dime, she puts up with a lot.. I’m always gone working or hunting and she’s always by my side supporting me in everything I do… thanks babe for all you do😙

Together since at least June 2018, Anika appeared just as much passionate about her beau’s hunting adventures. She often made appearances on Jake’s social media amid catching some beautiful cutthroats and more.

For now, Anika lived quite a secret life working at the Utah State University. She also graduated from the university and went to WSU Pullman and Sheridan High School. Plus, she comes from Sheridan, Montana, and called Twin Bridges, Montana her home in 2021.

That been said, Jake and Anika are hometown buddies as Jake too was born and bred in Montana.