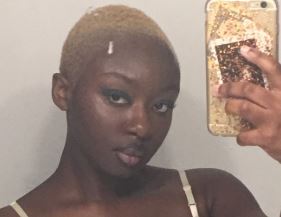 The Black Lives Matter (BLM) movement inspired many African-American to speak against systemic racism and police brutality. One such individual was Oluwatoyin Salau.

Read in detail about Oluwatoyin in the wiki below! Furthermore, discover info about her killer, death, and parents. Also, find out Oluwatoyin’s height and job info!

Oluwatoyin Salau Wiki — Who Was She?

A native of Tallahassee, Oluwatoyin Salau was a rising BLM activist.

Following the murder of George Floyd, Oluwatoyin raised her voice against the unlawful killing of African-American people in the US. She then quickly gained traction for her activism.

Oluwatoyin was one of the foremost activists calling for justice for Tony McDade. To those unfamiliar, Tony was an African-American transgender man shot dead by Tallahassee police officers on 29th May 2020.

What Happened To Oluwatoyin Salau?

Tweeting from home on 6th June 2020, Oluwatoyin Salau shared she was sexually assaulted by a man in east Tallahassee. By her admission, the man had promised Oluwatoyin a ride to the Church. She also confided in him about a previous incident of sexual assault.

According to Oluwatoyin, the Tallahassee Police Department asked her to present more evidence to charge her attacker.

Within hours after sharing her sexual assault story, Oluwatoyin went missing. Later, a surveillance video showed Oluwatoyin entering an ice-cream shop on 10th June 2020 evening to use the washroom.

Fellow protestors even lent their eyes and helped the police search for missing Oluwatoyin.

Oluwatoyin Salau Killer, Cause Of Death

At the time, the TPD didn’t how Oluwatoyin and Victoria died. They also didn’t share if the victims shared any connection.

The police, however, stated they took a man named Aaron Glee Jr. into custody. Initially, the people on the internet labeled the 49-year-old Aaron Oluwatoyin’s killer. CNN, however, branded him a suspect.

Talking to Tallahassee Police Department officers, Aaron later confessed about killing Oluwatoyin. Admittedly, he offered Oluwatoyin a place to bathe and sleep after she confided in him about not having a permanent residence.

According to the document, Victoria picked Aaron and Oluwatoyin from the bus stop dropped them off at his residence. There, he tried to engage her in sexual activity. When Oluwatoyin resisted him, Aaron forced intercourse with her.

For three to five days, Aaron continually sexually assaulted Oluwatoyin but allowed her to bathe, eat, and roam around the residence. He would eventually kill her by binding her feet and hands and tying with another bind placed around her neck.

After murdering his victim, Aaron threw her into the woods near his residence. He then tried to flee to West Palm Beach on a bus but was detained in Orlando PD because of the bloodstain on his pants.

While in custody, Aaron allegedly confessed his crimes. In Oluwatoyin’s care, the authorities charged him with “homicide-first-degree murder, kidnap with intent to terrorize and sex battery.”

Mauricio Padilla, Aaron’s lawyer, told E! News he had filed a not guilty notice on his client’s behalf.

Oluwatoyin was born to Nigerian parents in the Summer of 2020. What’s more, her mother and father asked a young Oluwatoyin to frequent the church.

On Twitter, Oluwatoyin jokingly wrote about her “unsupportive parents”. In a tweet dated back to June 2019, she wrote:

“jk both my parents opps.”

On the same social media platform, Oluwatoyin laid out several tweets describing the traits of her future boyfriend.

Friends and family of Oluwatoyin lovingly addressed her as “Toyin”. A creative at heart, Oluwatoyin taught herself to sew, paint, and design clothes.

Carney, a friend of the late-BLM activist, branded Oluwatoyin as a sad person with the happiest soul. Carney also claimed Oluwatoyin had many dreams and never gave up to achieve them.

A self-taught artist, Oluiwatoyin Salau stood around 5 feet 5 inches in height. Likewise, she sported ears and nostril piercings and carried them elegantly.