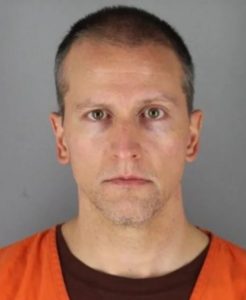 The world witnessed the death of countless African-American people at the hands of White-Americans. Never in history, the movements against it got so intense until the death of George Floyd on 25 May 2020. The profile of Derek Chauvin, the Minneapolis officer who took George Floyd’s life, surfaced out in public. And it revealed multiple faults on his part in his 19-years of career as a police officer.

This Derek Chauvin bio delves into the details of his life, a career as a police officer, and his suicide watch.

Per his date of birth, he occupied Pisces for a zodiac sign.

Derek Chauvin was born to his father Robert Michael Chauvin and his mother Carolyn Runge in Ramsey, Minnesota. Staying married for almost a decade, his parents parted ways after their divorce. Following the divorce, his mother remarried.

No further details on Derek’s parents were shared as of the time of penning this wiki on Derek’s life and career. And, that included the details on his possible siblings.

The Minneapolis cop Derek Chauvin stands at a height of 5 feet 9 inches (1.75 meters) with an approximate bodyweight of 63 kilograms (140 lbs).

Derek Chauvin worked several jobs while serving in Minnesota as a police officer. He briefly worked in real estate and also moonlighted as a bouncer at a Latin nightclub named El Nuevo Rodeo.

The former owner of the club, Maya Santamaria revealed George Floyd also worked for the same club, but in a different place. George worked in the club at least until last year.

Though working for the same owner, never there was the slightest chance, they ran into each other.

Moreover, the previous owner also reported about Derek’s way of dealing with African-American clients. She mentioned talking with him regarding his actions, several times.

And as she watched the video of him keeling on George Floyd, it shocked her to see it happen.

Following the racist encounter between Derek Chauvin and George Floyd, George lost his life to police brutality, particularly in the African-American community.

The degrading video released on the day of the murder showed, Derek, kneeling on the neck of George for 8 minutes 46 seconds, with the latter facing down on the ground. Though George uttered difficulty in breathing which he faced, Derek avoided his request eventually killing the man in the same position.

Soon after the death, protest for justice for George ignited inside the major cities of the United States starting from Minneapolis. Derek Chauvin and all three of his partners were fired from the job after the civil unrest.

On the 29th of May 2020, Mike Freeman, a Hennepin County Attorney revealed that Chauvin faced third-degree murder and second-degree manslaughter charges.

Following the arrest, authorities kept him in Hennepin County Jail. Just hours after that, he was transferred to a department of corrections facility in Oak Park Heights.

Immediately after the arrest, TMZ reported he was put through an unclothed body to look for hidden contraband. They put him in a single cell and constantly watched him over. The room also had cameras 24/7 keeping an eye on him with officers monitoring the feed.

Many confirmed the circumstances as a mere standard procedure necessary to meet. However, other officers confirmed they paid close attention to him for possible suicide attempts.

His trial began on 8th March 2021. A Minnesota judge even authorized cameras to show a full criminal trial.

For the murder of George Floyd, Derek Chauvin was sentenced to 22.5 years in prison. Expounding in the length of the sentence, Judge Peter A. Cahill highlighted Derek’s “abuse of a position of trust and authority, and also the particular cruelty shown to George Floyd.”

As soon as Derek graduated from the police academy, he started his career as a police officer at the Minneapolis Police Department in 2001.

His police history showed he had open fired on two people. He also faced 20 complaints with two letters of reprimand filed against him during his 19-years of career.

In 2006, Derek and six other officers opened fire on a stabbing suspect, Wayne Reyes, after a chase. They shot him multiple times which led to his death on the spot. At the time, the grand jury justified the action during a court hearing as Wayne pointed a shotgun at the police officers.

Derek Chauvin met his wife Kellie at the Hennepin Medical Center. The on-duty officer Derek was in the medical center for a health check-up of a suspect before locking him up in prison. 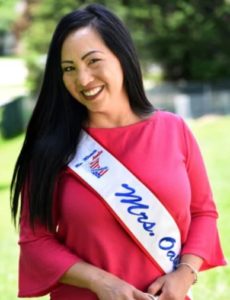 After putting his suspect in jail, Derek returned to the medical center to ask Kellie out for a date.

Kellie is a Laotian refugee who first moved to Thailand’s refugee camp before moving to the states. In 2019, she secured the title of Mrs. Minnesota, the first woman to do it of Hmong descent. At the time of penning this piece, she worked as a licensed realtor.

Derek and Kellie tied knots in 2010. At the time, she had had two children out of her first marriage.

On 29 May 2020, Kellie Chauvin’s lawyer released a statement. The statement revealed she had filed for divorce. Furthermore, she requested the safety and privacy of her children and her extended family.