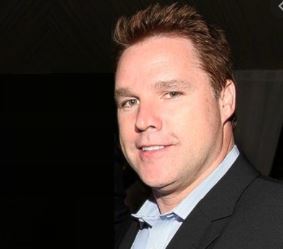 David Guillod first hit the limelight in 2017 when actress Jessica Barth accused him of raping her in 2015. At the time, he didn’t face any charges.

Circa June 2020, David once again made headlines after he surrendered to the authorities.

At the time, it was unclear if Jessica was one of the 4 women.

David finally became a free man after posting a $1 million bond in a $3 million bail.

According to the court documents, David was facing 11 felony charges including “kidnap to commit rape, rape of an unconscious person, and rape of a drugged victim.”

If convicted, many believed David could face life in prison.

Also, David paid $60 thousand in hush money to one of his victims whom he allegedly raped at a company retreat.

Phillip Cohen, David’s attorney, denied all the charges. In a statement, Phillip said:

“DNA has come back negative in the Los Angeles case; percipient witnesses have come forward in support of Mr. Guillod’s account of events; and numerous text messages and emails obtained by the defense tell a story very different than that which is being alleged.”

In late-October 2020, LAPD announced it had arrested David Guillod.

The arrest came after a 21-year-old woman reported to the LAPD on 21st Oct 2020. She had claimed that David sexually assaulted her earlier that day,

Sources online cited David Guillod as 53 years of age in 2020. Every 8th of January, he receives birthday messages on his phone. Likewise, he was born a Capricorn.

An American by nationality, David hailed from a large family. What’s more, he entered his anonymous parents’ life with a twin sister named Lisa.

Besides Lisa, David had 4 siblings — a brother named Richard and 3 half-sisters Danielle, Jen, and Maegen.

From his brother and sisters, David was an uncle to 9 nieces and nephews.

Getting into his appearance, David Guillod stood bigger than 5 feet 9 inches in height.

As seen on his LinkedIn profile, David Guillod held the job of a producer and talent agent.

Between January 2015 and November 2017, David worked as the CEO of “Primary Wave Entertainment.” Youtango.com described the company as:

“a “full-service” entertainment company that caters to the film, television, and music industries.”

Working as a film producer, David boasted credits on projects like “Extraction” “100 Code,” and “Atomic Blonde.”

Between 1996 and 2009, David Guillod had the pleasure to call actress Holly Gagnier his wife.

As a married couple, David and Holly welcomed a daughter in 1999.

After their divorce, Holly began dating Parker Stevenson. After 7 years as boyfriend and girlfriend, they got engaged — only to part ways.