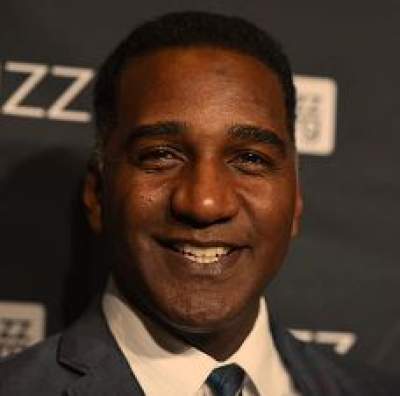 Almost three-decade in the industry and American actor and singer Norm Lewis still somehow finds his way to stay in the headlines. Be it the time when he was declared Broadway’s first African-American ‘Phantom’, the day when he ended the history-making engagement with Broadway in the past, or recently, with the scoops out that he once dated a fellow Broadway star.

The year 2021 also saw him as Pastor Vernon in the Golden Globe Award-winning Pose.

As prior mentioned, Norm Lewis is an American national. He was born in Tallahassee, Florida, and grew up in Eatonville which is also a town in Florida.

The only time Norm was seen with his proud family — Mel Cook, Sheila Cook, and Lance Lewis — was during a “starry celebration” of Broadway’s Phantom event in 2014.

Norm Lewis with his proud family during the celebration of him and Sierra Boggess making history with the Phantom (PIC: broadway.com)

It appears Mel Cook and Sheila Cook, from the image, are Norm’s parents.

Actors’ Fund concerts of Chess and Dreamgirls star went to college with a Business major. Side by side, Norm Lewis would sing with a choir also keeping up with the occasional play.

Also, during junior year in Edgewater High School, Norm was an accomplished tennis player and was considering playing professionally. He was inducted into the School’s Hall of Fame.

His Performances On Pose And The Phantom of the Opera

Norm Lewis continues to leave his forever charm in his new project Pose. The S03E04 of FX’s series follows Billy Porter’s character, Pray Tell who while traveling home to tell his family about his lymphoma diagnosis runs into Pastor Vernon (Norm’s character).

Vernon is married to Pray Tell’s childhood best friend Ebony, and the two share three children. Eventually, viewers also learn Pray Tell and Vernon were lovers once until Vernon chose the church over him.

Fans, eager to know the ending loved the way Norm brought the moment to life with his acting.

Talking about his performance in The Phantom of the Opera, Norm is the first African-American actor to perform in the title role in Broadway’s long-running production of Phantom of the Opera. Because he had always been a fan of the musical obtaining the part of the titular Phantom and getting to perform it at the Majestic Theatre had felt like winning the lottery to him. He assumed the musical in May 2014 and stayed until February 2015.

Norm Lewis Height, Is He Pigeon-Toed?

He is not pigeon-toed in real life but portrayed a character that was. He played pigeon-toed Eddie (a former serviceman of the Vietnam War) in 2020’s American war drama film Da 5 Bloods.

In fact, Norm revealed because Eddie being pigeon-toed was one of the reasons why director Spike Lee knew he would be perfect for the role.

“We’ve known each other for a long time; I think he saw Porgy and Bess five times. Eddie is pigeon-toed and that was another reason I think that [Lee] thought of me. He knew that I had gone through some physical deformity for a year being in Porgy and Bess.”

With an impressive theater, film, as well as television resume, Norm Lewis had already amassed an estimated $3 million net worth before 2018 (as per the Celebrity Net Worth report).

Throughout this journey, he appeared all over Europe, on Broadway, in film, television, recordings, and regional theatre. He was notably nominated for the Tony for “Best Actor” category in the revised version of the musical Porgy and Bess.

He is flattered for his performance as Caiaphas in Jesus Christ Superstar Live in Concert Side Show, as John in Miss Saigon, and Eddie in The Wild Party.

Norm Lewis Partner: Is He Married Or Dating Still?

Primarily because Norm Lewis has been keeping his private life to himself, many speculated his sexuality over the years.

Seemingly single at the moment (i.e. around May 2021), the All My Children actor spoke anything about it.

Still, though not directly, Norm did give away some clues about his partners over the years. In an interview with Playbill in 2004, he was asked about his favorite Valentine’s Day memory. To which, he had answered,

“It was with my ex-girlfriend. I snuck into her apartment. I bought a lot of roses and took all the petals off. Then I laid them on the floor from the front door to her bathroom, where I had a bath waiting for her with candles and wine.”

At the same interview, Norm also addressed his relationship with Broadway actress and singer LaChanze. To the interviewer’s “Didn’t you and La Chanze once date?” Norm had affirmed, “Yes. We’re good friends now.” Then, he also added they were ready to play Nick and Pam for Baby at the Paper Mill Playhouse.

Actress La Chanze, known for Hercules and The Help, has been twice married and once divorced. She lost her first husband to the 9/11-attacks and was 8-month pregnant at the time.

Former girlfriends aside, no one in the media or public could tell if Norm ever got married.

The rumors circling his sexuality carried no solid validation. Had Norm Lewis came out as gay or bisexual there sure would have been some indications.