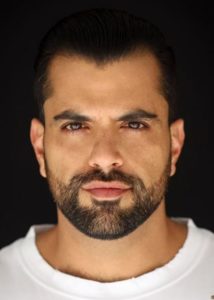 Shervin Roohparvar from Shah of Sunset had built a successful career in Tech, hospitality and retail business. His prominence grew exponentially when he appeared in season 5 and season 6 of the show.

However, the screen time of Shervin on the hit show diminished with the premiere of season 7 and season 8 and he had few good reasons for it.

This wiki-style is created to help you see through his biography, career, dating status along with the reason for his lesser appearances delve in.

As per famous birthdays, Shervin Roohparvar was born on 21 August in 1980. He turned 39 years old while celebrating his birth in 2019.

As his birthday falls on the 21st of August, his zodiac sign is Leo.

Shervin Roohparvar was born to Iranian-immigrant parents. Apart from few family photos featured on his Instagram, details on his parents are obscure.

The family hails Arab-American ethnicity. As for siblings, Shervin has a younger brother and a sister.

The tech-entrepreneur attended the University of California where he earned his degree in Science of Neurology.

Before his fame as a reality star, Shervin had already established himself as an entrepreneur.

The Shah of Sunset star started his first tech company while he was in the university. Munitio, a headphones start-up also gained his attention to which he served as an investor.

He branched out and worked in hospitality named F2T Hospitality. Additionally, Shervin also explored the streetwear business working with Estate. Both of these companies were located in Seatle.

Shervin also founded a cocktail bar named Alchemy. Following that, Aston Manor: a nightclub was founded by him. Moreover, he opened a speakeasy which went by the name By the Pound.

Later, he established a restaurant named Vine and Spoon.

Though his business ventures on hospitality sounded impressive, his businesses ran into some financial and legal issues.

In 2018, Alchemy, and Vine and Spoon got evicted and shut down for the unpaid rent.

Estate, was three months back in its payment of rent for the space. By the Pound also got ensnared in a lawsuit for the rental issue, the tenants of the space, thousands of dollars.

Debts owed by both of the companies were paid for the settlement of legal issues, both joints were shut down in 2019.

Whereas, Aston Manor and Maison Tavern also had run-ins with IRS. Eventually, it got shut down in 2019 owing to unpaid dues on taxes.

Though, Shervin’s hospitality gig ended badly, he became a business advisor and investor for Tyme Commerce.

Despite the setbacks, Shervin Roohparvar accumulated around $7 million in net worth.

Accolading Shervin Roohparvar a gym buff would not be an exaggeration. He maintained hunk-physique by working out, a lot. Moreover, he stands at a height of 5 feet 8 inches (1.72 meters ) with a bodyweight of 82 kilograms (180 lbs).

As of April 2020, the platform garnered him total of 152k followers. Moreover, his Twitter account earned him 27.9k followers at the same time.

Shervin Roohparvar once opened up about being in a long-distance relationship with his girlfriend Annalise Carbone.

The couple’s relationship was rumored to hit the troubled water over a cheating allegation in 2017. However, he clarified their romance to be ‘nonexclusive’. 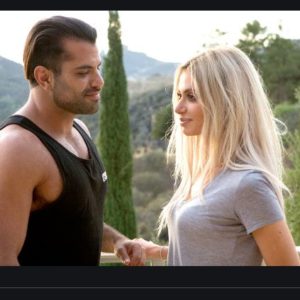 The lovebirds first appeared together in Shervin’s Instagram in November 2017. At the time when this article was penned, the couple were carrying on the same nature of relationship.

Many fans asked Shervin the reason behind not getting married already. But he chose to overlook the queries fans made.

So as of April 2020, Shervin and Annalise had not tied knots and also didn’t have a baby. However, they appeared to be together and maintaining a relationship away from the public eyes.

How far can a man go to demonstrate his love for his other half? There are a lot of crazy things people have...