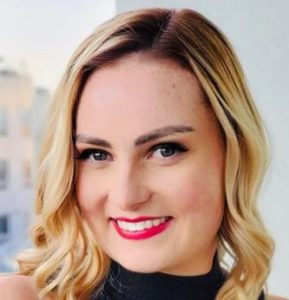 Molly Burke is a Youtube personality with a very popular eponymous channel, a motivational speaker about overcoming challenges, an author, and an educator on blindness. Yes, she is blind but that hasn’t stopped her from doing good for the society. In fact, it has motivated her to do more good.

Read the article below to know everything there is to know about Molly Burke, including the information about her boyfriends, and possible husbands.

Molly Burke was born to Canadian parents in Oakville, Ontario, Canada. Her parents were Niamh Burke and Peter Burke. They were also helpers in the work she did. Her mother was her executive assistant and helped her with video-shooting and editing for her Youtube channel. Her father handled her company, Molly Burke Inc.

Apart from her parents, Molly Burke also had one sibling, an elder brother called Brady. According to Molly, Brady was a supportive and inspirational brother. Based on Molly’s social media, Brady graduated from university in 2015 and then moved to Dublin, Ireland for a job in 2017. In spite of the distance, Brady was still in close contact with Molly.

Molly Burke was quite a short person for a white woman, standing at a mere 4 ft 10 inches. She also an amazing weight gain and then a weight loss story.

According to Molly Burke, she was underweight for most of her life, because of the depression. Then suddenly, in her twenties, she gained 25 pounds. A while later, she lost quite a bit of that weight. However, she was not measuring how much weight she lost.

As we have said, blindness was something that propelled Molly into the path of educating the world. So, how did she got blind?

Molly Burke was not born blind but she was diagnosed with retinitis pigmentosa, a genetic disorder that causes loss of vision, at the age of four. However, it was not until she was fourteen that she lost her sight completely. Her sight slowly deteriorated over the years and was completely gone by the time Molly was fourteen years of age.

Molly might not look like it, but she was fully blind. But she did have a perception of light. She also had a guide dog called Gallop, Lab-Bernese Mountain Dog Mix. Gallop also frequently appeared on her youtube videos.

Molly Burke was a successful person as a social media celebrity, as a motivational speaker, and as an author. She had a massive following on all major social media platforms.

On Twitter, Molly had the following of 76.5k. On Instagram, with 1130 posts, Molly had earned 859k followers. Her Facebook page was liked by 44k people and followed by 53k. But her largest presence was on Youtube with over 2M subscribers.

Moreover, in 2019 Molly also released an audiobook called It’s Not What It Looks Like on Audible. Molly also had a lot of merch, including hoodies, notebooks, T-shirts, cups, etc.

Thanks to all her exploits, Molly Burke’s net worth was $350 thousand.

Talking about her dating history, Molly Burke had mentioned a few of her past boyfriends and flings in her youtube videos. When talking about past boyfriends, Molly usually refrains from mentioning their names to protect their identity.

Once upon a time, Molly was dating a guy with HIV AIDS, and a guy with a severe vocal Tourette. She also had a brief summer fling with a guy who was blind since birth.

Among her most significant boyfriends was a guy called Matt. Molly Burke was dating Matt during 2015, the early days of her Youtube Channel. Matt also appeared frequently on her Youtube videos. Today, however, those collaborative videos with Matt do not exist on her channel.

Her most recent boyfriend was a guy called Adrain, who Molly Burke was dating since the month of June of 2020. The couple first met through Tinder and the romantic spark was instant. Apparently, the first thing they liked about each other was their shared fashion aesthetics.

Molly released a video unveiling Adrain on her channel two months after they first started dating. On that video, Adrain revealed that he was also legally blind but he had some vision. His left eye was totally blind, no sight at all. His right eye had some vision but it also suffered from a condition called coloboma, a key-shaped hole in the iris. Their shared disability was something that brought them together pretty quickly. 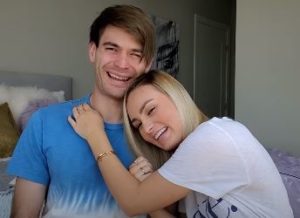 Most recently, according to a video released on 8 August, Adrian and Molly moved together in Molly’s LA apartment. They were only dating for two months but their bond was strong enough to reach that milestone so soon.

With things going so well, Adrian might soon become her husband.

When the world entered lockdown because of the Covid-19 pandemic, people everywhere were locked inside their...