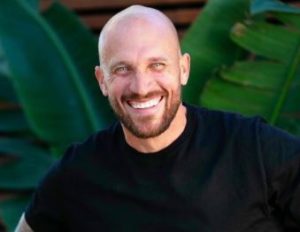 The landscaping expert, Mike Pyle paired up with his Inside Out co-host Carmine Sabatella to judge Rock the Block season 2. Over the show, he was seen providing each contestant team with valuable insights and helping them raise the price value of their homes.

But what was Mike’s life like outside the screen? Stay till the end of this wiki to learn all about it.

He celebrates his birthday on December 5 and is of the Sagittarius zodiac.

Mike Pyle was born to parents, Stephen and Delia Elizabeth Pyle (who are a year apart in age). He shared that he felt blessed to have parents like them and seldom missed to wish them on father’s/mother’s day. Over some remembrances, Mike labeled his father as the “rad dad”, and credited his mother for being “the woman who made him the man he is today.”

Trivia: Mike’s dad celebrates his birthday on May 30, while his mother celebrates her’s on Feb 5.

Talking about his siblings, Mike only has one. His name is London Pyle and was born on November 13, 1983. London is a Palm Desert High School graduated who went on to join Point Loma Nazarene University.

As for Mike’s hometown, he hails from Palm Desert, California. He moved to Newport Beach, California later.

His most distinct feature would be his mysterious baby blue eyes, a bald head, and, tattoos-covered hands. As a tattoo enthusiast, there wasn’t a space left for Mike to ink something more over it.

He was a founding partner of The Hunt Collection and owner of Mike Pyle Design. Over his website, his designs cost ranged — Firepits (anywhere from 1.5K to 4.5K), and tank enclosure (around $340).

Known for being the best in the landscaping business, Mike showcases 19 years of experience in the field. And among numerous works he designed over his career, the best would certainly be “living murals” where he recreated iconic artwork using succulents and plants. Some of the “living murals” iconic exhibits include Van Gogh’s “Starry Night” and “Olive Trees with Yellow Sky and Sun” using succulents.

As for why Mike was the best, he explained,

“I strive to be better than my last design. I try to find a cleaner, better way to design, something that hasn’t been done before.”

In light of his education, Mike attended the same school as his brother, i.e. Palm Desert High School.

Mike Pyle HGTV, Inside Out, Rock The Block

Mike Pyle alongside Carmine Sabatella was all set to host HGTV’s Inside Out, and Rock The Block simultaneously in 2021. Over Inside Out, just as the name suggests, Carmine did everything from the walls in, while Mike led all things outside.

As for their time on Rock the Block, they would be judging the teams of two, who would work on completely transforming identical three-story suburban properties in a month.

Mike Pyle first met his fiancee and soon-to-be wife, Lizzy Farag back in 2018. They together adopted a dog named Steve (who passed away later in October 2019), and soon Lizzy was pregnant.

Months after Lizzy’s pregnancy, Mike realized his dream to take her as his wife and bent the knee in September 2019. Also, he took it to his IG to share the engagement pictured captioned,

“Our journey is just beginning my love… Can’t wait to spend the rest of my life with you and raise our little girl together.”

Though Mike’s daughter was already over 1, he had yet to marry Lizzy as of 2021. 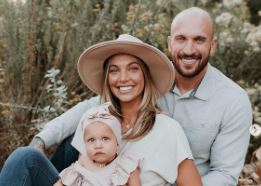 Little info about Mike’s future wife — Lizzy Farag is a registered nurse who got her degree from Saddleback College. In 2021, she was working at Newport Beach Surgery Center for almost 6 years, and also as RN-Medical Oncology at Saddleback Memorial Medical Center for over 7 years.

Lizzy hails from Alexandria, Virginia, and lived in San Clemente, California. Find her on IG @lizzyfarag with 1.2K followers and @theflodown with 431 followers as of 2021.