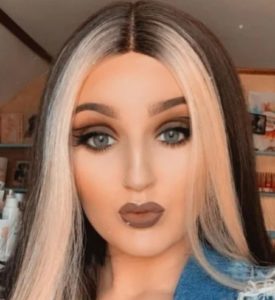 As TikTok rises to be the biggest social media platform, there has also been a significant rise in the number of TikTok content creators. One of the TikTok creators who has become quite popular lately is Mikayla Nogueira. Mikayla shot into the limelight after her TikTok videos on beauty and makeup tutorials went viral.

Learn more about the popular TikToker in the wiki. From her general wikis to her TikTok journey and her boyfriend information — this article has it all.

Going by Mikayla’s birthdate of June 13, 1998, she turned 22 years old in late-Spring 2020. The TikToker’s 13th June birthday gives her Gemini as her zodiac sign.

Born to a well-settled family from Boston, Massachusetts, Mikayla Nogueira had the best childhood one could ever imagine. The beauty influencer up with the love and affection of her parents, Michael Nogueira (father) and Patrice Nogueira (mother). She also had a brother, Nathan, who grew up alongside her.

The popular TikToker occasionally posts photos of her family on her popular Instagram page. On June 17, 2018, she posted photos with her dad and brother on the occasion of her dad’s birthday and Father’s day alongside a sweet caption. The caption read: “Typical photo of me and my dad. He doesn’t know how to pose. Happy birthday and Father’s day though, glad I’m with ya. Also, my brother in the second pic cause he’s a cool dude sometimes”.

Many people may not know it, but Mikayla first learned TikTok for helping her mom. When coronavirus hit the US in March 2020, Mikayla’s mom, a teacher by profession, wanted to keep making educational videos for her students. Since Patrice had no idea of how social media platforms like TikTok worked, Mikayla created a TikTok handle in Patrice’s name and helped her with the technicalities of the platform.

Like a typical Boston girl, Mikayla Nogueira is one beautiful girl with a bold and charming personality. As of March 2021, she stood at an average height of 5 feet 5 inches and weighed no more than 60 kilograms.

The Massachusetts native has made several videos on skincare routine. In those skin-care-routine videos, Mikayla Nogueira tells viewers about all the makeup products she uses in her face in chronological order.

One of her videos where she shares the makeup products to conceal her acne has racked up millions of views across all social media platforms.

In her skincare routine video, she instructs her viewers to use a product called Exuviance Empower Radiance Serum to keep their foundation stick to their face. Next, she suggests her viewers use Milk Makeup’s Hydro Grip Primer because it plumps and smoothes the skin.

Next, Mikayla tells them to cover up blemished on the skin using Nars Matte Concealer. Finally, she instructs to apply the foundation on the face — Mikayla recommends Maybelline’s Superstay Foundation.

It may surprise you but Mikayla Nogueira, despite having a massive 4.5 followers on her TikTok handle as of March 2021, does not make any money directly from the platform. Unlike YouTube, TikTok does not directly pay its content creators.

While Mikayla Nogueira may not inherit her net worth directly from TikTok, she makes most of her income from sponsorships and partnerships.

Given that an average makeup artists’ salary is around $31 thousand yearly, a talented beauty expert like Mikayla Nogueira definitely earns more than that. Her net worth was estimated to be around $2.5 million.

Who Is Mikayla Nogueira Boyfriend Cody?

In times when all popular content creators tend to create confusion when it comes to their dating life, Mikayla straight-up revealed the identity of her boyfriend in a TikTok video she posted on March 22, 2021. Mikayla Nogueira told her followers that her boyfriend’s name is Cody. In the same video, the popular TikToker also showed the gifts she had received when Cody asked her to be his girlfriend.

The Bryant University graduate also admitted that she made her boyfriend Cody wait for three months when he first proposed to her. The reason was simple: she was not ready to in a relationship at that time.

When Cody proposed to Mikayla three months later, she instantly accepted his proposal. She also revealed that Cody brought her beautiful flowers and a scrapbook full of their photos as a gift. Mikayla’s boyfriend also gave her a polaroid photo album in the gifts.

As if that was not already enough, Cody gave her a beautiful ring that had their names engraved and stones that were of their favorite colors.

To talk more about Cody as a person, he likes to build things for people. In the March 21st video on Eat With Mikayla TikTok handle, Cody shared a bit about who he is and what he does to Mikayla’s followers.

In the video, he said, “I like building things for people. I mean, being able to build things and to see the satisfaction on people’s faces, you know, when they are sitting on this new deck we built and all the kids running around… I just like to do work that makes me feel good.” 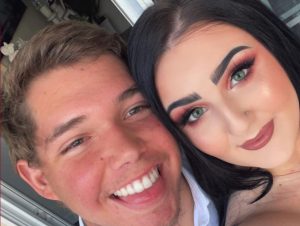 Immediately after introducing her boyfriend through TikTok videos, she posted several pictures with him on her personal Instagram account too. Mikayla also celebrated her first anniversary of being on TikTok in her boyfriend Cody’s presence.