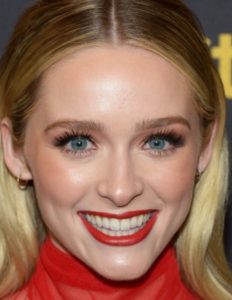 Meet the star of the Netflix thriller Deadly Illusions, Greer Grammer, who is also the subject of this article. The daughter of famous actor Kelsey Grammer, who is best known for his portrayal of Dr. Frasier Crane on the NBC sitcom Cheers and its spin-off Frasier, Greer got her start in the beauty pageants.

Much like her father, Greer is really trying her best to carve a spot out in Hollywood slowly and steadily. While only time will tell if Greer can be the next big thing in Hollywood, her future certainly looks bright.

If you are interested to know more about Greer, stick to the end of this article as we are going to explore her mom, net worth, and boyfriend information.

As Greer continues to give hit films like Deadly Illusions, it’s completely normal for people to show interest in her dating life. Though Greer is extremely private about her boyfriends, some details surfaced on the Internet.

According to The Cinemaholic, Greer was dating Cody Ankrim, her college sweetheart, circa 2013. Greer’s then-boyfriend Tyler has been serving as a President at Taylor & Dodge LLC since September 2007. Cody previously worked in Merrill Lynch too.

In 2015, the iCarly actress posted a picture of herself with Cody at Disneyland to celebrate Cody’s 24th birthday. Making a post on March 9, 2015, Greer had captioned the picture, “Celebrating this boys 24th birthday at our favorite place! #happybirthdaymylove”

Reportedly, the adorable couple broke up later in 2015. 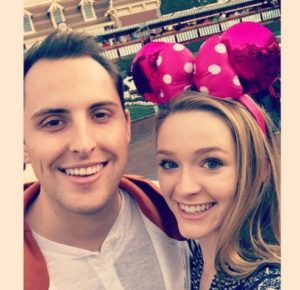 Following her breakup with Cody, Greer Grammer began dating TV producer Tyler Konney in 2016 after they met on the set of the film Emma’s Chance, which was executively produced by Tyler.

According to Tyler’s LinkedIn profile, he has been working as a senior analyst at Dollar Shave Club since September 2017. Altitude producer previously worked at Twentieth Century Fox.

On December 28, 2016, Greer wished Tyler a birthday. Embedding a link to her Instagram post, which seems to be broken as of March 2021, Greer tweeted, “Happy birthday to my Tyler cat 🎂 I’m so proud of the man you are and all that you’ve…”

While it was not entirely clear if Deadly Illusions star and Tyler broke up later, given the fact that many posts involving Tyler have been removed from Greer’s social handles it is safe to assume that the cute pair have indeed parted ways.

With that being said, there was absolutely no information on who The Last Summer star was dating in 2021.

Who Is Greer Grammer Mom?

People might be aware of what a big deal Greer’s dad Kelsey was in his prime, but they have absolutely no idea Greer’s mom, too, does an important job in movies and TV shows.

Greer Grammer’s mom’s name is Barrie Buckner and she is a makeup artist by profession. As a makeup artist and hairstylist, Barrie has been credited in movies like The Thundering 8th, Critters 4, Deep Cover, Philadelphia Experiment II, among others.

Also, Greer is her mom and dad’s only child.

Greer Grammer owns around $2 million in net worth. Meanwhile, her dad, Kelsey Grammer has a reported $80 million fortune.

Seeing her father’s passion for acting in her childhood, Greer was always fascinated by movies and plays. From the age of 5, the Deadly Illusions actress participating in various plays at school. Besides, iCarly actress also competed in different beauty pageants as a teenager.

In 2008, Greer entered her first beauty pageant where she won the title of Miss Teen Malibu. Greer also went on to place herself in the top 10 of the Miss California Teen competition.

In 2009, the Los Angeles native returned to the pageant competition and again became victorious. In 2011, Greer also won the title of Miss Regional California Teen.

The University of Southern California graduate made her debut as an actress in Nickelodeon teen show iCarly in 2010. The next year, Grammer played Lissa Miller, a recurring character for the first two seasons and series regular for the next three seasons, in the MTV comedy series Awkward.

Greer’s other acting credits include Melissa & Joey, Cupcake Wars, Rush Hour, The Middle, The Last Summer, An Evergreen Christmas, to name a few.

Her Performance On Deadly Illusions

Deadly Illusions, the most-watched movie on Netflix in its first weekend, follows the bestselling female novelist Mary Morrison (played by Kristin Davis), suffering from a long writer’s block, hires a young nanny Grace Taylor (played by Greer Grammer) to take care of her twin kids as she focuses on writer her bestseller.

In Deadly Illusions, Greer pushed herself really hard to bring out the best performance and justify the role of Grace Taylor. While several critics have poured heavy appreciation for Kristin’s portrayal of Mary, Greer stands out as a young talented actress in the critics’ circle.

Greer Grammer, one of the most beautiful, refreshing faces in the current crop of actresses, stood at an average height of 5 feet 5 inches. She weighed no more than 54 kilograms as of March 2021.

Greer looked amazing in any dress, thanks to her appealing body measurements of 35-24-34 inches. The actress’s distinctive features include blonde hair and blue eyes.