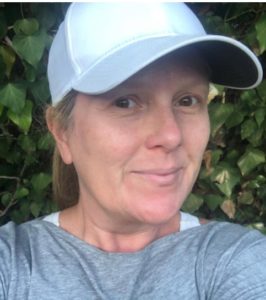 If you watch a lot of modern TV shows, chances are you recognize the American actor, voice artist, and stand-up comedian Brian Posehn, who played the role of geologist Bert Kibbler in the popular CBS sitcom The Big Bang Theory.

While Brian is pretty interesting as a human himself, this article however is about the woman to whom The Big Bang Theory actor said his “I Do’s” about 16 years ago — Melanie Truhett.

Read this Melanie Truhett wiki and find out truths about Brian Posehn’s wife including her height, job, and parents. Also, get insights into Melanie’s married life.

The producer of We Think Nate Torrence Is Dead Melaine Truhett stands at an average height of 5 Feet 5 inches whereas her tall, broad husband stood at a gigantic height of 6 feet 6 inches.

Furthermore, Melanie weighed no more than 57 kilograms as of March 2021. Her distinctive physical features include blonde hair and brown eyes.

Melanie Truhett was born and bred in her hometown in Los Angeles, California, and has lived there since her birth.

Melanie is one of the seven children of her parents: Carlton Truhett (father) and Arvilla Truhett (mother). While her mom was still alive as of March 2021, Melanie’s dad died on May 19, 2006, at an age of 69 following a long battle with lung cancer.

Melanie’s sister Liz worked at USDA Rural Development in the past and her brother Mike worked at NCH Corporation.

For a person who is not very active on her social handles, Melanie actually possesses a decent social media reach. She was available on Instagram and Facebook as of March 2021.

She has served Truheet/Garcia Management since 2012.

Aside from being a talent manager, Melanie is a producer too. Some of her producer credits include Mystery Men (1999), We Think Nate Torrence Is Dead (2012), and Drew Carey’s Improv-A-Ganza.

Melanie and her husband Brian first met each other circa 2000. The couple, who clicked instantaneously in their first meeting, quickly began dating.

After dating for almost four years, the duo mutually decided they were ready for marriage. Consequently, Melanie and the Steven Universe actor exchanged their wedding vows on September 4, 2004.

Making an anniversary post in 2020, Brian described the wedding event. He wrote, “Sixteen years ago today, my best friend and I held an event on the patio of a hotel in Santa Monica where we told a bunch of our favorite people we would be together forever. So far, so great! Happy Anniversary, @melanietruhett!”

In the same post, Brian also expressed how lucky he is to have Melanie as his wife. He wrote, “You’re the best thing to ever happen to this 3xl dork.” 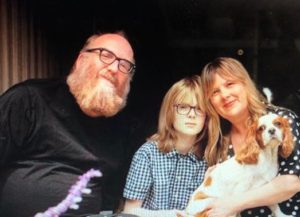 A still of Melanie, her husband Brian, son Rhoads, and their dog.

Rhoads is a piano student and like his father, he is also a fan of comic books, metal songs, and superheroes. A glance through Brian’s Instagram reveals how much fun they have when they are together.

As a family, Melanie, Brian, and their son often go on trips to places like Tahoe and Yosemite.