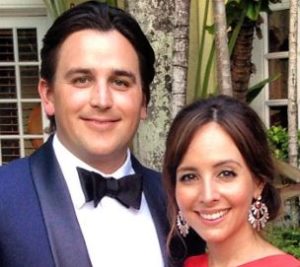 Patrick McGrath is the husband of Lilliana Vazquez, the host of E! networks’ morning shows.

In this Patrick McGrath wiki, familiarize yourself with Lilliana Vazquez’s husband including his age, job, and height. Furthermore, read about his net worth, parents, and social media reach.

Patrick McGrath reportedly turned 41 years old in 2020. Also, every 12th April, he celebrates his birthday with friends and family.

Courtesy of her date of birth, Patrick is an Aries.

Lilliana Vazquez celebrates her birthday a day before Patrick does. What’s more, she is a year younger than him.

Patrick McGrath was born to his parents: Jim and Monica McGrath.

As of 2021, Patrick’s mother and father were residing in Fort Lauderdale, Florida. Moreover, the couple was on both Instagram and Facebook. They celebrate their anniversary in September.

According to her website, Patrick’s mother, Monica is a leadership consultant, business coach, and educator. She also holds a B.A. in Psychology, an M.Ed. in adult learning, and a Ph.D., with an emphasis in organizational psychology, from Temple University.

Patrick grew up alongside his big sister, Karin McGrath. The McGrath siblings reportedly share around 6 years age difference between them. A graduate of Temple University and The Ohio State University, Karin married her husband, Michael Dunn in Oct 2001. 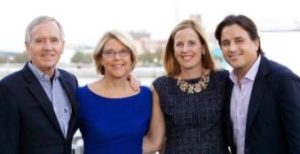 Patrick McGrath with his parents and sister (Source: Instagram)

As for his hometown, Patrick is a native of Haddon Heights, New Jersey. However, as of 2021, he was residing in New York.

To mention his ethnicity, Patrick is as Irish as they make.

Patrick McGrath is above 5 feet 10 inches in height. As for his weight, he fell on the heavy side, weighing above 83 kilograms.

Moreover, Patrick has a clean-shaven look for a distinct feature. He even looks like the British actor, Christian Bale.

Going by his IG posts, Patrick enjoys hitting the ocean, skiing in the mountains, and traveling to new places.

To mention his job, as of March 2021, Patrick McGrath is a Principal in the New York office of CCMP Capital. He joined the company in July 2009.

Additionally, Patrick serves on the board of directors of BGIS. As noted on ccmpcapital.com, he “has been involved with the firm’s investments in Pure Gym, Medpace, and Eating Recovery Center.”

Between June 2007 and June 2009, Patrick was an Analyst at UBS. While there, she was an investment banking analyst in the Mergers & Acquisitions Group.

From his career, Patrick McGrath cemented $1 million net worth.

After a blissful dating period, Patrick and Lilliana Vazquez tied the knot in 2007. The couple celebrated their 13th wedding anniversary on 27th October 2020.

On 2021 Valentine’s Day, Patrick penned a heartwarming message and shared it on Instagram. Sharing a photo from their trip to Seychelles Island, East Africa, he wrote— “Love you my best friend – I am blessed to be able to add new memories to our good ones from the past @lillianavazquez”.

For her part, Lilliana shared a photo of them kissing on a yacht. Additionally, she asked the followers to like the post before Patrick asks her to take down the post.

In March 2021, Lilliana announced she and Patrick were expecting their first child, 6 years after starting her infertility treatments. At the time, she was 6 months pregnant and admittedly craving oranges all the time.

Lilliana told PEOPLE Magazine that they were waiting until birth to find out their baby’s sex. What’s more, she and Patrick appeared excited to showcase their firstborn’s two cultures through their name.

Hours after PEOPLE Magazine, Lilliana wrote a love letter to their unborn child and shared it on Facebook.