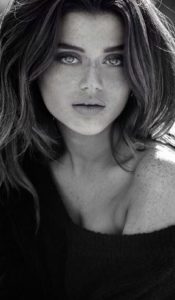 Brielle Barbusca is best known as Lisa Epstein in a coming of age movie Big Time Adolescence co-starring with Sydney Sweeney, John Cryer, Pete Davidson, and several other notable acts. In addition to that, she is also known for her part in TV show The Starter Wife as Jaden Kagan.

Welcome to the wiki-style article created around the life of actress Brielle Barbusca.

Brielle Barbusca celebrated her 21st birthday on 2nd November 2019. She was born in New Jersey, the United States to Louie Barbusca and Debra Lynn Barbusca.

More on her family: She has a brother named Thomas Barbusca who also happens to be a child actor mostly appearing in advertisements since he was a toddler.

Brielle’s acting career had a dramatic start. She was spotted by a talent manager who saw a picture of her on the wall of her uncle’s restaurant in New York City. After one thing led to another, there she was, starring in TV series Queens Supreme (2003).

Brielle is estimated to have seen her net worth reaching 6 figure as her career blossomed over the years. But exact numbers are yet to be revealed.

Digging into the activities in the social media handles of Brielle, she is in a queer place regarding her relationship. Fans will recall that she was dating her Shameless (2016) co-actor Ethan Cutosky. 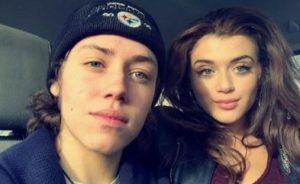 Brielle and Ethan hit it off when they met on the set of the TV show. They posted pictures together and shared on their Instagram.

Since March of 2018, there was no updates regarding their companionship. They’ve neither denied the rumor of their split nor confirmed the on-going off-screen romance.

Even Brielle and Ethan are having a girlfriend-boyfriend relationship, they’ve kept it out of public attention.

In Oct 2020, Country Singer and actress Reba McEntire made a big announcement on her podcast Living &...

As The Bachelor Presents: Listen To Your Heart premiered in 2020, the show came with very interesting casts...