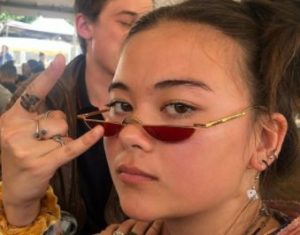 In March 2021, HBO premiered a new coming-of-age TV show “Generation”. Executive produced by Lena Dunham and Daniel Barnz, the show spawned several breakout stars. One of them is Lukita Maxwell.

This Lukita Maxwell wiki explores facts about the “Generation” actress including her age, boyfriend, and ethnicity. Moreover, it highlights her height and family.

In 2020, Lukita Maxwell reached the age of 19. What’s more, this Instagram post suggested that 28th October marked her birthday. If accurate, she was born a Scorpio.

From her parents, Lukita Maxwell inherited mixed ethnicity — a blend of Chinese and Caucasian. So did her siblings (she has at least a brother and a sister each). Growing up, Lukita always received compliments because of her “exotic” appearance.

Lukita was born in Indonesia. So was her mother. Although of Chinese heritage, Lukita’s mother grew up immersed in the Indonesian culture. Among many things that she passed down to her kids, language seems the most important.

Meanwhile, Lukita’s father is a native of Salt Lake City. By her admission, she received her creative side from her father. Lukita’s father, who is in the armed forces, attended the Art Center, College of Design in Pasadena.

At 5, Lukita moved to the United States. The only thing that stuck with her following the move was Buddhism and spirituality practices. Besides a good command of the Indonesian language, she can speak beginner-level French.

For education, Lukita attended The Montessori School of the Angels, Inc. She was also homeschooled. After high school, she attended college and even opened a profile on Facebook for the college FB group.

According to some sources, Lukita Maxwell measures under 5 feet 7 inches in height. Meanwhile, her weight should surpass 50 kilograms. Interestingly, many noted Lukita’s high cheekbones as her distinct features.

Laukita’s love for acting began with her passion for reading. Once she discovered Shakespearean monologues and began performing them, she never looked back.

Coming to her theater acting credits, Lukita starred in “Measure For Measure” and “Contemporary Twelfth Night” at the Utah Shakespeare Festival. She also landed parts on the St. George Ballet Company’s production of “The Nutcracker”.

In 2016, Lukita made her TV debut with the role of Jillian in the TV series “Speechless”. She appeared in 4 episodes. That very year, she starred as Susan in the short “Where the End Begins”.

Fast forward to the year 2021, Lukita starred as Delilah in the hit TV show “Generation”. From the jump, she was skeptical about landing the role. The actress told decider.com— “It was one of the scripts that you read that was like, ‘Oh this is amazing. I’m never going to get this”.

In the end, Lukita landed the role. One of the memorable moments in the show featured Lukita’s character, Delilah giving birth in a shopping mall bathroom. An outspoken advocate, Delilah’s passion causes sometimes gets on the nerves of her friends.

Beyond acting, Lukita loves working alongside creatives. Passionate about photography, sustainability, good coffee, good music, and traveling, she worked as a web designer and editor at Sunstroke Magazine.

As of March 2021, Lukita Maxwell was still dating her longtime girlfriend, Aly Candland. They knew one another before August 2019. The couple followed one another on social media.

Who is Aly Candland? Well, she turned 19 in July 2020. As of 2021, Aly was studying dance at the University of North Carolina School of the Arts. Previously, she attended Hills Desert High School. 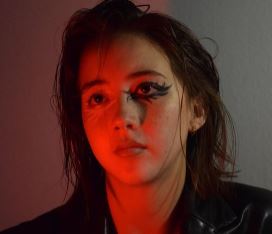 Lukita respects Aly’s taste. When Aly recommended her the TV show “When They See Us,” it became her a must-see. She then found the movie “Moonlight” incredible once they began dating.

Even when Lukita had a girlfriend, the fans had very little clue about her sexuality. Nevertheless, the actress preferred pronouns are she/her.