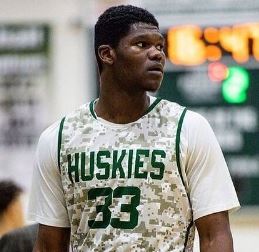 Malik Muhammad is one of the other highlighted collegiate stars on Netflix’s Last Chance U: Basketball. He showed promise from a very early age and performed even better during his time in college.

So, where is Malik after filming the Netflix show? Scroll down this Malik Muhammad wiki to find out!

He also promoted Netflix’s Last Chance U: Basketball on his Instagram.

Like all of his friends and fellow players, Malik Muhammad was also in his early ’20s as of 2021. However, he never shared further details on his date of birth. This restricted his precise age, birthday, and zodiac sign.

Malik Muhammad was born to his estranged father and his mother in his hometown of San Pedro, California, the United States. As of this writing, no information regarding her parents surfaced in the public domain. After his father left him and his family, his single mother raised him and his siblings.

Moreover, his mother remains out of public attention and is not even featured on Malik’s social media. However, his father is the most concerned one when it comes to Malik’s career.

The fact that his father left the family deeply affected his ways of early life. Since Malik didn’t have the proper guidance and someone to look up to, he got lost in his ways. All that he cared about was having fun and playing basketball without any care about education.

To discuss the physical attributes of Malik Muhammad, he stands tall at a height of 6 feet 9 inches (2.05 meters). Owing to his huge body-size, he had a bodyweight of 106 kilograms (235 lbs).

Furthermore, Malik isn’t insecure about his darker skin tone. When a commenter made remarks about him being ugly in an Instagram post, he accepted the fact without getting offended.

The only social media platform Malik Muhammad is on is Instagram. The platform earned him a total of 1380 followers as of March 2021. Other than that he is nowhere to be found including on Twitter and Facebook.

Malik Muhammad attended Narbonne High School in Harbour City, California. During his high school year, he averaged 26 points and 18 rebounds in a three-game span. After graduation, he joined East Los Angeles College where he helped the team to set a 24-5 record putting the institution to SoCal Regional.

From 2018 to 2019, he played 28 games in total where he averaged 5.2 points and 4.3 rebounds. Plus, he blocked 36 shots and scored a season-high 13 points in a 104-69 win over Glendale. Malik had a season-best nine rebounds in a win over Pasadena and in a postseason game against Santa Monica.

Between 2019-2020, Malik started all three games that helped led Huskies to a 29-1 record. He also earned First Team All-South Coast Conference-North honors. During that period, he scored an average of 9.6 points with 7.5 rebounds and 1.9 blocks per game while shooting 56.4% from the field and 70.7% from the line.

Talking about Malik Muhammad’s net worth, he accumulated wealth under $100 thousand.

Malik Muhammad shared almost nothing related to his dating life that included details of his girlfriend. Surely, he has all the qualities like dedication, hard work, and persistence that will help him get girls. But he doesn’t seem to be involved with anybody as of this writing.

On 16 May 2018, Malik Muhammad did appear with the one named Tayy Jeane on his Instagram. Though he had her in his arms, it was hard to confirm whether they were dating each other at the time.

In conclusion, Malik didn’t seem to be involved with anyone as of March 2021 or kept his dating life segregated from public attention.