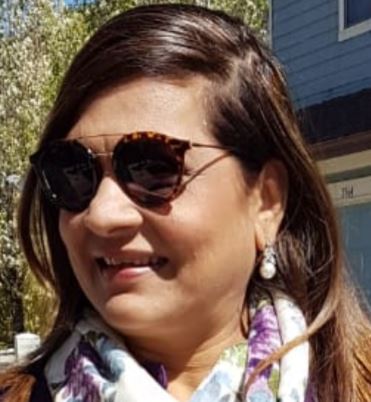 Sick and tired of the dating game, the millennials have found their way to Netflix’s new dating show, Indian Matchmaking. And there appeared their savior Sima Taparia, looking into her client’s interests, ambitions, even their zodiac signs.

Yes, Sima Taparia is a self-described “marriage consultant”, a matchmaker for the show Indian Matchmaking. While she may be fixing the lives of others, what was going on with her private life?

Dilvuge on the insides of Sima Taparia as you tag along with this short wiki-style article. Also, get to know about her husband, daughter and net worth was the article proceeds.

Talking about her age, Sima Taparia was 57 years old as of 2020. With no information on her birthday, her zodiac remains a mystery.

Sima lived in Mumbai, India, and was called the “human tinder”. Her name was known to almost every high profile Marwari and Gujarati families in India as well as in other parts of the world.  Also, she owned her own business Suitable Rishta, aimed to connect the other half.

Since an early age, Sima had a unique strength of remembering relations and immediately recalling them. Thus, being a strong matchmaker, all high profile families throng to her for consulting the alliance.

Born in Karnataka, India, Sima Taparia grew alongside her siblings. As for her parents — while her mother’s name remained anonymous, Sima’s father late Shri Rameshchandra Lahoti was a respected person in Gulbarga.

As for her education, Sima is a high school graduate. She aspires to educated people from all around the world the tradition of arranged marriage.

Even on lockdown 2020, Sima seemed busier than ever and her business was booming. She shared,

“I’m very busy, I’m talking to you but in my mind, matches are going on. I’m thinking about my clients. It goes on in my mind 24 hours.”

Taking about her distinct feature, Sima has a noticeable gap between her upper incisor teeth which can be seen as she smiled. Also, she has her ear pierced.

Appearing on Indian Matchmaking, Sima introduces South Asian matchmaking culture to a Western audience. But this wasn’t the first time Sima has starred on television, as she was also part of an award-winning documentary, A Suitable Girl (2017).

In 1993, Sima founded and was the charter president of Maheshwari women organization called Deepsakhi. Also, she was the former president of the Ruchika club and was an active Rotarian too.

Reportedly, Sima charged a fee of $100 for three months of matchmaking service. Furthermore, her price for finding a match involved a $2,000 to $3,000 additional charge.

As of 2020, Sima Taparia’s net worth as estimated to be around $5 million.

Sima Taparia was in an arranged marriage herself too. At the age of 19, Sima was married to Anup Taparia, son of a leading industrial group of Mumbai. Moreover, because her husband had a vast network of family, she had opportunities to meet new family members and learn new relationships, enhancing her career skills.

According to starsunfolded.com, Sima and her husband celebrated their 37th wedding anniversary on 24 May 2020. 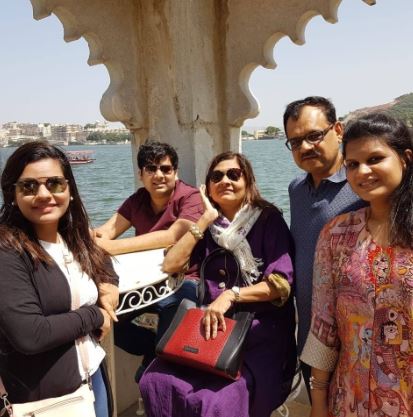 Talking about her kids, Sima has two daughters: Ritu and Mridu. With her busy schedule, she still managed to make time for family and religious activities.

Per dreshare.com, Ritu was married to a man named Aditya.

Being in marriage for over 30 years, Sima has indeed established herself as a relationship expert. Furthermore, stay tuned to Indian Matchmaking to learn more about her advice for finding the right partner for you.