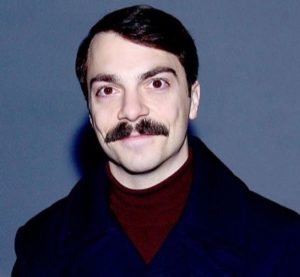 Meet Kirby Jenner, an amateur model who first came to limelight with his hilarious photoshop skills. He first gained attention as he began adding himself into photos with Kendall Jenner in 2015.

The self-proclaimed fraternal twin brother of Kendall Jenner, Kirby finally made it into the Kardashian-Jenner family in 2020. Kirby was officially one of the Kardashian’s with the release of Quibi’s show “Kirby Jenner“.

Furthermore, the show was set to revolve around the daily life of Kirby Jenner. Also, Kris, Kourtney, Kim, Khloe, and Kylie would reportedly be making appearances in the series.

With his comical sense of humor, Kirby is as funny as they come. Divulge more into his personal life as we unveil his real name, height, and net worth in this wiki-style article.

Dedicated to his character, Kirby refused to make his real name known as of early 2020. The only information he shared was that he was 24 years of age and his name was Kirby on the show. Details on his birthday are yet to follow.

Though Kirby might not be the biological twin to Kendall, he had built up an amazing relationship with her. He shared that they had a really special connection and did everything together. Comically he added, “We grew up playing games together, we would Trick-or-Treat together, we would do birthday parties together”.

Apart from this, Kirby seemed to have picked up interest in music just before the quarantine 2020. Kirby was locked up in Kardashian’s mansion and practiced his flugelhorn and strummed his guitar too.

Yet not breaking the character, Kirby considered Kendall’s mother to be his own. Also, in an interview he mentioned, “It wasn’t my decision at all. It was my mom’s idea to do the show”. He cheekily implied how Kris Jenner (Kendall Jenner’s biological mom) encouraged him for the show.

Kirby shared that he was close to everyone in the Kardashian’s family. Furthermore, he admits that amongst the siblings, he and Khloe bonded a lot during the 2020 quarantine. He considered himself a “funcle” (funnier uncle) to Khloe’s kids, though they didn’t trust him much with babysitting the kids.

As for Kirby Jenner’s father, since he insisted on being born to the family, he might consider Robert to be his dad.

As of 2020, Kirby Jenner was an internet sensation. He left his part-time jobs to focus on building his character “Kirby Jenner”.

In 2020, Kendall and Kris co-produced the show “Kirby Jenner” on Quibi. For those of you who are new to the channel, Quibi was made specifically to watch on the phone. Reportedly, the shows would deliver in “quick bites” (hence Quibi) with a time limit of 10 mins or less.

Kirby Jenner’s net worth was estimated to be under $1 million in 2020.

As for his distinct features, Kirby was known for his humble looks. Though it might be for his character, Kirby preferred to have left combed hair and a thick mustache.

Remaining private, Kirby Jenner denied to give out his real name, let alone his girlfriend’s. While half his fans disputed that he might have a wife already, the other half claimed that Kirby Jenner was gay. Kirby liked to remain as an enigma and his dating life remained a mystery to us.

Doing your job in such a way that you become an inspiration for the people in the same business is not an...