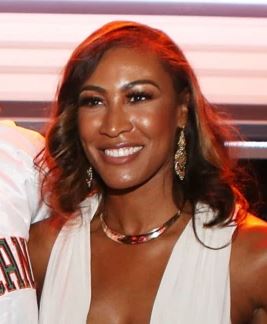 Kristin Thompson first came to popularity as the wife to the 2 Live Crew rapper Uncle Luke in 2008.

And after 12 long years of marriage, she was back to the limelight but this time with the news of their “divorce”.

Yes, Kristin and Uncle Luke were in the middle of their divorce in September 2020. According to the reports, it was Kristin who filed for divorce, and unfortunately, Uncle Luke was blindsided.

“It’s mind-boggling, hurtful, and a total surprise. I never intended to get married to get divorced.”

Stay till the end to learn more about the couple. And on the way, get to know the personal details on Kristin as this wiki-style article proceeds.

Corresponding to her birthday, Kristin is of Pisces zodiac.

As for her education, Kristin attended Floride State University – College of Business to study B.S. Multinational Business Operations and Marketing from 1999 – 2003.

Later, she joined Nova Southeastern University Shepard Broad College of Law in 2004 and graduated in the field of study, J.D. Law in 2007.

Also, she is a certified NFL Contract Advisor.

Before 2020, Kristin lived in Miami, Florida.

As for her distinct features, Kristin is a beautiful lady with a wide nose and a perfect set of teeth. Her hair and eye color, both are dark.

According to the September 2020 data, Kristin wasn’t found on Instagram.

Kristin Thompson’s net worth was estimated to be above $1 million in 2020. But this was before her divorce with Uncle Luke.

Just in case you don’t know, Uncle Luke’s net worth was above $7 million, and if the divorce was to finalized, Kristin would receive a handsome amount of share from it.

As for her job, Kristin is a “knowledgeable and enthusiastic attorney” who dedicated her legal practice, based in Miami, FL. She was providing legal and business consultation in the entertainment and sports law context.

But her expertise doesn’t lie only in assisting entertainment and sports companies, recordings artists, and athletes about their “copyright, trademark, incorporation and contractual needs,” but also, her experience in marketing and advertising allowed her to help clients provided distinctive advice balancing the law and ways to effectively and efficiently promote and protect their most valuable assets.

According to her LinkedIn profile. Kristin worked for The Zimmerman Agency as an assistant media coordinator from Sep 2002 to Apr 2004. Also, she was the legal intern for Krause and Goldberg, PA from Sep 2006 to Dec 2006 and business & legal affairs manager for the Luke Entertainment Group from Aug 2007 to May 2008.

Finally, she started her firm named Kristin D. Campbell, Esq in Dec 2010, and built her career as a legal and business adviser ever since.

She listed her specialties as – Entertainment and Sport contract negotiation; Copyright and Trademark issues; and Marketing and Promotion consulting.

Trivia: a sports lawyer in Miami, FL earned a salary of about $95,435 on average.

Apart from being a lawyer, Kristin did her side hustle investing in a few places. In 2013, she opened a Wingstop in North Miami Beach.

Kristin Thompson and Uncle Luke got married in 2008.

Their wedding was held at the Saint Luke Community Methodist Church attended 300 guests. And for the reception, they partied at the Opus Grand Ballroom at Hotel Palomar.

In 2020, the news about their divorce came as a surprise to many but the most startled person would be Kristin’s husband, Luke. In disbelief, Luke shared that there weren’t any infidelities nor verbal or physical abuse on his side. He added,

“That’s not in my DNA nor my family’s history. I believe in the sacred vows, for better or worse, but I have to respect her decision.”

However, Luke soon made peace with Kristin’s decision and was focused on being “the best parent for their son”.

Though it might be Luke’s 6th kid and Kristin’s first child, Luke seemed resolved to take care of their son.

Furthermore, the reason why he made a public announcement was to make people under that it wasn’t a “nasty split”. He urged fans to respect their privacy by staying positive for their son’s sake.

Reportedly, Luke’s family members knew about the split before the announcement.

Here’s a little info on Uncle Luke: Originally known as Luther Campbell, he was a former member of 2 Live Crew who later opened his label. Also, @_lrc_, VP of Luck Records is one of his six kids.

At the end – Audrey (Rapper) Wiki, Ethnicity, Boyfriend, Net Worth