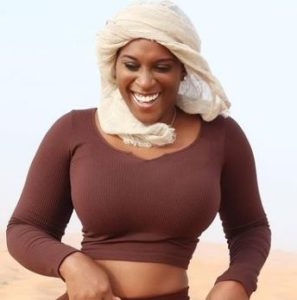 Uncle Luke’s daughter Lecresha Campbell is starring in We TV’s reality show Growing Up Hip Hop. The show will feature kids of hip-hop icons. But this article particularly focuses on the Lecresha Campbell wiki. So scroll down to learn more!

Lecresh Campbell receives her birthday wishes every year on 11 November. This made her a Scorpio by zodiac sign. In November 2012, Lecresha wrote: “Well I guess I’m 22… Happy birthday to me”.

Based on that information, Lecresha Campbell turned 30 years old in 2020.

Lecresha Campbell is one of the children of rapper Uncle Luke from the past relationships he never truly cared about. So to conclude Lecresha Campbell was born to her father Luther Campbell and her anonymous mother.

When Drake dropped the song The Motto, she went on her Twitter and wrote: “Tell uncle luke I’m in Miami too? Reall drake? I’m not even gonna lie the song goes hard”

One of her friend @TINGLEmeBAD on Twitter replied, “She gets so mad when I tell her “TELL UNCLE LUKE IM OUT IN MIAMI TOO”  @princess_cree lmao it’s ya daddy bihhh”

Lecresha also appeared on her dad’s VH1 show Luke’s Parental Advisory. There, she claimed how horrible of a father he was for beating her mom. She even said that her father kicked her and her mother out of the house when she was only three.

To conclude, Lecresha’s parents never had a pleasant relationship in particular.

As Lecresha revealed on her Twitter account. By 2010, her mother had already married her stepdad. No details on her stepdad and her mom surfaced besides a few tweets. But judging by the tweets she was very close to both of them.

Uncle Luke Kids: How Many Siblings Lecresha Campbell Have?

In the VH1 show, Lecresha Campbell announced: “We have 5 brothers and sisters and he only claims one.”

After hearing the accusation of becoming a “deadbeat dad,” Uncle Luke disowned all of his kids except one. He told: “I have one kid right now. His name is Blake Campbell and he stays with me and I and my wife raise him. It’s important to practice safe sex and it’s important to not have sex without condoms because you’ll be sperm donating and when you sperm donate to angry mothers then unfortunately it’s about a check. When you get a check, the results of that check end up where your sperm donation kids are online talking bad about you after you spent millions and millions of dollars in child support… ”

So, allegedly Lecresha had 5 or 6 siblings. Uncle Luke had them from his five relationships. The most publicized relationship of Luke was with his wife Kristin Thompson. They got married in 2008 at a ceremony held at Saint Luke Methodist Church attended by at least 300 guests.

In 2020, the news of their divorce surfaced online, but the one that was the most surprised was Luke himself. The couple shared one kid, Blake Campbell, who they raised together, making him Luke’s 6th and Kristin’s first-born.

On 31st March 2021, Lecresha posted a TikTok titled How it Start Vs How It’s going. It showed the series of young and adult Lecresha with her father Uncle Luke. This somewhat hinted at the reconciled relationship between the two.

Coming to her social media reach, Lecresha is on Facebook with 2725 friends. She regularly updates her Facebook status on the platform. She also goes by the named @_itsmecree on Instagram and TikTok.

Lecresha’s Instagram account earned her 3442 followers as of 14 May 2021. Whereas, her TikTok garnered her 23.1k followers. Her TikToks garnered 107.9k likes.

Her Height: How Tall Is Uncle Luke’s Daughter?

Uncle Luke’s daughter flaunts her attractive measurements on her social media. She is blessed with 35-26-41 inches measurements which she isn’t scared to flaunt on her IG. Whereas, Lecresha Campbell stands tall at a height of 5 feet 9 inches (1.75 meters).

Though Lecresha Campbell’s net worth is yet to be evaluated and confirmed, she should probably worth under $1 million

Lecresha Campbell is best known as a social media influencer. On top of that, she is a blogger who documents her travel and posts it on her social. Based on one TikTok posted on February 2021, she was at the Slip N Slide Records. However, Lecresha’s job in the record label wasn’t confirmed

As a caption of the TikTok, Lecresha wrote, “Fun times I’m the office.”

Besides that, Lecresha’s Instagram bio described her as an entrepreneur. She provided a link to a website titled Inspire Body Recovery. It provided the services like messages, FAJA for women, vitamins, and pills for the body, backboard, and abdominal board, along with other merch.

This also encouraged the fact Lecresha Campbell might’ve put a certain portion of monetary investment in the company. Her lifestyle suggested she has it going everything right as of the moment, financially. On a different note, Lecresha Campbell is making her debut as a reality star by joining the cast of Growing Up Hip Hop…

Going by her social media, Lecresha Campbell did seem to be in a relationship in 2021. Since everyone is on TikTok now, it carries a lot of secrets. Though Lecresha not publicly confirmed her dating status, she made a couple of videos about being in a relationship.

One of the TikTok also showed her sleeping beside a man who was allegedly her boyfriend. Lecresha wrote the caption: “Did he fall asleep while I’m looking like a snack ?!? #foryou #comedy #guhhla #guhh #wetv #couples #blacklove”

On 1st May 2021, Lecresha updated fans about traveling to Dubai on TikTok. As a caption for the TikTok, she wrote: “#Dubai Sugar Daddies I’m on the way”.

This, on the other hand, informed everyone about Lecresha’s singlehood. So, here we conclude it was highly likely that she was single in 2021.