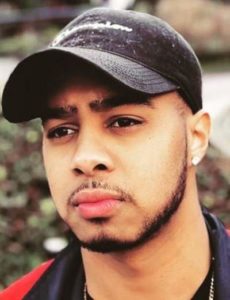 Voice actor, comedian, and impressionist, not to mention a prolific YouTuber performer, Arif Zahir, is all set to succeed actor Mike Henry on Family Guy. Arif, also popularly known as Azerrz, would be voicing Cleveland Brown on Fox animated series.

On 25th September in 2020, the studio that produces Family Guy revealed Arif’s succession in the part. While Mike Henry who has been doing an impeccable job in the role since 1999, had said in June 2020 that he would no longer play Cleveland, a Black man. “I love this character, but persons of color should play characters of color,” The Orville star who happens to be a white, put it fairly and elegantly.

Now, in the writing below let’s dive into the life of Arif Zahir, who when doing a voice role, focuses on the character’s persona on top of the attempt to bring out a perfect voice impression.

He comes from his hometown in Berkeley, California, the United States.

Regarding ethnicity, Arif Zahir is an African-American acquiring, from his parents, a Cape Verdean descent.

Besides these, the topic around his parents and siblings (if he has any) remained completely aloof.

His handsome facial feature is a plus to his athletic built. He has black colored hair and beautiful dark brown eyes. He goes by Afro haircut and earrings on both ears.

Arif Zahir started his YouTube channel with the name Azerrz in December 2012. There, on the descriptive box, he describes himself as an aspiring actor and voice actor. “One day I hope to get on the big screen, and voice for animation”– he writes, so sure of his future plans. And years later, he also sees it happening.

Most of his content on the platform is of him singing, trolling, or doing gameplays, commentaries, impressions, prank calls, dubs, and skits.

His fame as a YouTuber skyrocketed in 2015 after he uploaded a video titled “Ted Plays Call of Duty”. He only had 80K subscribers at the time.

Also, adding to Arif Zahir’s net worth of $2 million is his multiple endorsements over the years. He has endorsed brands including Ikigai Soul, FILA, Topshop, Adidas, ZARA, and Daniel Wellington.

Previously, he has had roles in the web series G.P.A., and voice roles of Ted in Cliffhanger, and Black Panther in How It Should Have Ended.

Also, as a singer, Azerrz featured and rapped in a collaboration music video titled “Drunk With You” alongside rapper/singer Joe Thomas Carter. It was released circa May in 2018. The next, the two collaborated again for the song “Gimme Ya Lovin’.”

As part of a regular income, he also invested in his merchandise of apparel. On a certain online store, he sells hoodies, T-shirts, Caps, tote bags, and more, with his brand name AZERRZ and “I-I DO VOICES” imprinted on each of the items.

On Twitter, Arif Zafir once in a while, mentioned the words girlfriend and wife on his tweets. Most of them are memes, made by him, with the only the purpose of entertaining his audience.

But then, back in 2017, briefly mentioned that he missed his girlfriend.

Although, at the time of this writing, we had no cues, if he still had a wife prospect. All thanks to his continual tendency of keeping his private affairs safe from the prying eyes.

Regarding the speculations to his being gay: the matter remained unaddressed by Arif or his rep. Although some media outlets wrote with confirmation that he is only romantically attracted to his opposite sex.