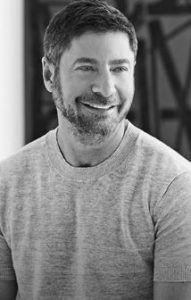 Aaron Kirman is best known as a Luxury real estate mogul for Hollywood celebrities. With a record of selling residential properties that worth over $6 billion, he was once listed as the 5th broker to watch in the United States by The Wall Street Journal.

He is self-proclaimed one of the Top Producing agents in the United States.

Delve into the wiki-style article to explore the personal and professional life of Hollywood’s favorite real estate agent.

Aaron Kirman shares his birthday with Late Linda McCartney which falls on 24 September. He celebrated turning 41 years of age in 2019.

Aaron grew up in Encino, California with his family. His father worked in a truck whereas his mother was a school teacher.

Owing to the learning disabilities he had as a child, Aaron’s early life became quite an ordeal. He was dealing with dyslexia making it harder for him to learn or even say his name for that matter.

But he overcame all the difficulties and graduated with a degree in Business and Communications from the University of Southern Calif.

Aaron Kirman recognizes himself as a gay individual.

Aaron discovered his sexual preferences early on and disclosed it to his parents. His parents were very supportive of him.

There is only one relationship of Aaron Kirman which caught the public attention. He was seen getting cozy with his partner. But the relationship didn’t last long — ending it before 2016.

During a sit-down with his official website in 2016, Aaron declared his relationship status as single. Furthermore, he professed a desire to find the right romantic partner.

As of February 2020, Aaron’s dating status was labeled single. Not much of a romantic activity was bubbling in his social media handles. And of course, he didn’t have a girlfriend.

Aaron Kirman’s love for the house started as a child. He noted he used to drag down his parents to open houses for the hell of it.

Aaron got into real estate when he was only 18. He claimed to have put himself through the college with the money he made selling houses to people.

One of his first deals was selling 1.7 million worth Neutra House in Los Angeles. And over 25 years span of a career as a broker, he sold houses to middle east royalties, musicians like Nicki Minaj and Rihanna, and actors like Orlando Bloom.

Of all the houses he’s sold over the years, Aaron is particularly proud of Oscar Niemeyer in Santa Monica. The house was getting torn down because of lower value compared to the land it was standing on. Aaron stepped in upon the request of the people of Santa Monica and found an interested buyer to renovate it within short notice.

He has got his show titled Listing Impossible premiered on January 15, 2020, in CNBCPrime. Aaron is estimated to have stacked a solid net worth of $35 million as of 2020.

Aaron Kirman once told CNBC that his working hours didn’t until 9 p.m. Beyond hard work, he also considered being lucky as one of the tricks to succeed in the real estate business.

“We’re the producers of our movies.” is one of Aaron Kirman’s most famous motivational quotes.