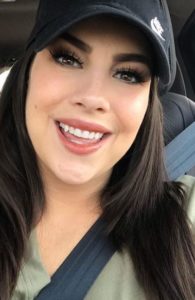 Emily Eddington (Real Name) AKA emilynoel83 is a YouTuber whose prominence has grown exponentially on the internet from beauty vlogging. As of January 2020, her eponymous channel, Emily Noel, has gained over 1 million subscribers.

Delve into the wiki-style article that acts as a focus light into her professional and personal life.

Emily Eddington Dihle of emilynoel83 is Illinois-native born on 27 December 1983. Despite being an internet influencer, details regarding her family members have eluded the public eye.

Though she shared few details on her parents in an interview with beautybrainsandablog.com that read,

“My mom has her practicality and super nurturing, maternal ways. My dad has a terrific sense of humor and I’m pretty sure he’s good at everything.”

More on that, she noted having a sister and a brother with no details revealed further.

Emily graduated with a Bachelor’s degree in Communication with a concentration in Media from Monmouth College.

Emily started her career as a YouTuber back in 2006. Her channel’s contents mostly comprise makeup guides, tips, and tutorials.

She also reviews various beauty products using herself as a canvas for her art of makeup.

Emily also runs a second channel on YouTube titled beautyvlogcast, which has over 100K subscribers.

In 2010, she also posted a video of her house under renovation with her fans on her channel.

Besides beauty vlogging, she also started her line of beauty products in collaboration with the Makeup Revolution. Together, they created a makeup palette titled The Needs and The Wants.

Before her career as a YouTuber, she was also an award-winning news anchor.

She also has a beauty blog titled beautybroadcast.net. emilynoel83 stands at a height of 5 feet 3 inches (1.6 meters)

emilynoel83 was married on 6 August 2006. She tied the knot with her long-time boyfriend Tyler Dihle.

The couple started dating in 2001. The duo were high school sweethearts in the sophomore year. 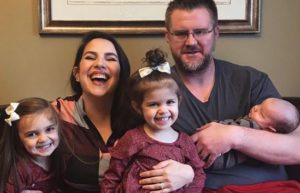 Emily and her family on Thanksgiving on 29 November 2019. (Pic: emilynoel83’s Instagram)

From their marriage, Emily and her husband Tyler have three kids. Belle Violet, their first child, was born on 21 September 2014. They welcomed their second child, Eve Rose on 10 January 2016. Their third child is a boy, whom they named Rhett Preston born on 22 October 2019.

As per the Facebook account of Tyler Dihle, he worked as an attorney at Sam C. Mitchell & Associates. He graduated with J.D. from Southern Illinois University School of Law.