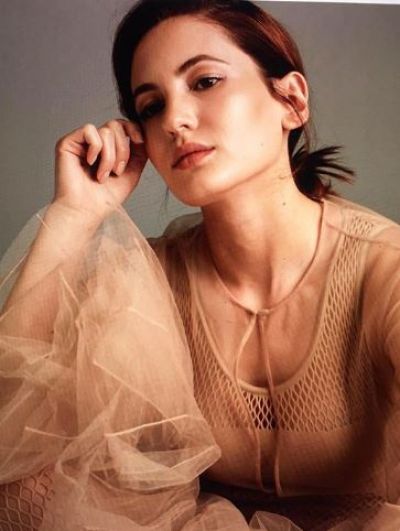 The young actress (born June 11, 1994) got her big break in the year 2006 when Guillermo Del Toro cast her as the lead in his immensely acclaimed fantasy thriller Pan’s Labyrinth.

The role of Ofelia, Ivana later did was originally intended for an eight-year-old girl. But the script was altered to oblige Ivana (eleven at the time) because of her outstanding audition.

The next year she was awarded the 2007 Goya Award for “Best New Actress” for her performance as Ofelia. Also, many other accolades landed her ways including Award for Best Newcomer by the Union of Spanish Actors, the Saturn Award for Best Performance by a Young Actor, and the Imagen Award for Best Actress.

Previously, a fourth season was confirmed to be in development. But, Netflix later announced that the series would terminate in its third season.

Here’s what you need to know more about the fan-favorite Spanish prima.

Slender built, Ivana Baquero stands to an average height of 5 feet and 3 inches (1.60 meters). Plus, her weight was reported as 50 kg or 110 lbs, at some point.

Seemingly a tattoo lover, she has one exactly parallel to her waistline. She may have more, she would be willing to talk about someday.

Growing up, Ivana’s parents treated her acting work only as an extracurricular activity. Although they never stopped her from pursuing it. She was allowed to continue with acting as long as she brought good grades home.

No further was mentioned of her parents and siblings (if in case, she has one).

Circa 2018’s Mother’s Day in Spain, also known as Superhero day, Ivana dedicated a love-filled caption to her mother. 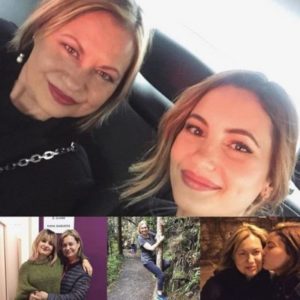 In the Instagram post, she wrote about her mom being her traveling buddy. She said that they saw every one of the continents, hand in hand.

In the meantime, Ivana held a Spanish nationality.

Until the time of this writing, no clues were suggesting if Ivana Baquero has ever been married. Although, cues on a possible romance were scattered all over her Instagram gallery.

Every once in a while, she shared few glances of her moments with James Trevena. James, like Ivana, is an actor. He is known for Charlie Says, The Blue Rose, and The Shannara Chronicles. In the latter, Ivana and James worked together as co-stars. 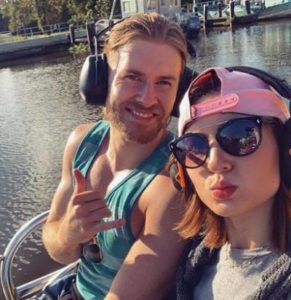 Ivana and James at some swamp in Westwego, Louisiana circa July 2019 (PIC: Ivana’s IG)

On the 11th of April 2019, James tagged Ivana on a long heartfelt message probably on the occasion of their dating anniversary. To a picture, where they share an intense kiss, he captioned:

“4 years!! 11/04/2015 ❤ wow. Where to begin. Truth is you have changed my life. You are a person the whole world should look to for what a kind, genuine, intelligent, caring, strong, beautiful human being should be. Im always so proud to talk about you to who ever will listen!!! Its weird but I love it! Im your biggest fan!! 💪🏻💪🏻💪🏻 it’s always Ivana this, Ivana that…”

Then he went on saying:

“If I had nothing else in this world but you, I’d still feel like I had it all. No amount of time is ever going to be enough with you. Te Amo 🙏❤❤❤❤❤❤”

Together they were seen in red-carpet events, they went out on many outings, although never actually confirmed or made anything official.

So stay tuned, until the day when Ivana Baquero admits James Trevena as her “boyfriend” and later her “husband”.