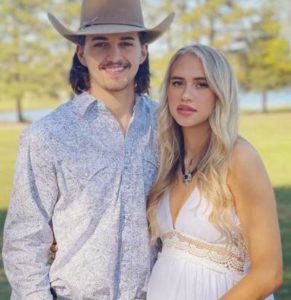 Despite all the chaos caused by the COVID pandemic 2021 still proved to be a memorable year for Jaden Hamilton. Just in: the news is, the singer-songwriter, famous amongst a massive digital audience, is a dad now!

He welcomed his first child with his girlfriend Lilyan Cole, and fans being fans, of course, wanted to know all about his baby mama.

Below is A Lilyan Cole Wiki covering all of that.

Every year on the 2nd of September, Jaden’s followers on Instagram must expect something like this dedicated to his beloved Lilyan,

“Happy birthday to this beautiful woman. 20 never looked So good. I’m thankful I get to spend it with you. Thank you for being you. I love you, and can’t wait for many more❤️
Happy birthday my darlin❤️”

Anyway, Lilyan Cole, with the birth name, Lilyan Chanell cole, is a Virgo, who reached the age of 20 in 2020.

Lilyan Cole is a model, best known for her stint on the first season of Lifetime’s reality TV series Making a Model with Yolanda Hadid, says her mom basically laid the foundation for her success.

“I guess my mom knew I was destined for the industry early on when a lady at a boutique asked if I could model an Easter dress in a commercial at only a year and half old.”

So, inspired by her mom, Lilyan began professional modeling at the age of 12.

Lilyan Cole was born in Durant, which is a city in Bryan County, Oklahoma, to parents Travis and Kat Cole.

For siblings, Lilyan has three brothers.

Lilyan Cole is used to be a track-and-field athlete and stands to a height that is above 5’8” and weight (that was lately listed) as 50 kg or 110 lbs.

In May 2021, she also launched another YouTube channel in collaboration with Jaiden. As of the date, the channel ‘Lilyan & Jaden’ had 3.25K subscribers on it.

Today, having walked in more than a dozen Fashion Weeks from LASFW to NYFW, Lilyan Cole managed to pull in almost a $300K net worth (before 2021), besides fame and satisfaction.

Lilyan insists her first love to be acting, which is why she starred in her first stage play at the age of 3.

She joined the competitive world of modeling as a quirky 15-year-old from Oklahoma. She became one of the lucky girls chosen to train with Yolanda Hadid. And, even though she did win the competition, the experience she gained then surely contributed to the person she has become today.

The last time, we heard from her (in Feb. 2019), she was represented by a talent agent in Los Angeles, “an amazing Manager that managed Jennifer Lawrence’s career”. She had also signed with an agent in Australia and was constantly auditioning, working/collaborating with many brands on social media.

In May 2020, Lilyan Cole and Jaden Hamilton spoke about their future plans which included them being married and starting a family. A year later, and they did actually welcomed a baby.

In an exclusive, with PEOPLE, the young couple announced they gave birth to their son Ryder Rhett Hamilton. The young one arrived a day before, at 12:58 a.m. on 14th May, in supposedly a hospital in Nashville. 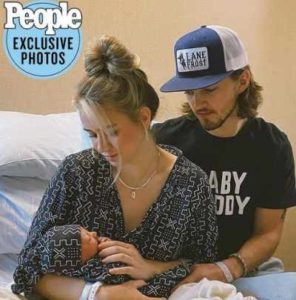 Together with Jaden since at least May in 2020, Lilyan made the pregnancy announcement on her Instagram on Dec. 17, 2020, writing:

“Gods not only blessed me with Jaden this year ❤️ The love we have for this little bean already is indescribable. The sickness, the aches, the cravings, and the kicks are beyond worth it. I’m ecstatic to bring y’all along on this journey with us! We’re so ready to meet this bean ❤️”

Clearly, head over heels in love with her baby’s daddy, she had then hoped the baby to have the same eyes as Jaiden’s that give her “butterflies” every time he looked at her.

On May 9, 2021, when Jaiden wished Lilyan a “Happy Mother’s Day” he was still referring to her as his girlfriend which implied they were not engaged as of the date.

Lilyan is with Jaiden after she broke up with her ex. in Sept. 2019. So, the pair fell in love over face time and Lilyan was the first to send DM to Jaiden.