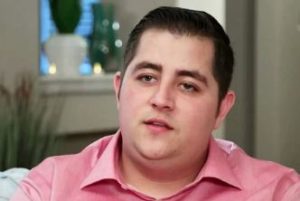 Jorge Nava gained international fame following his appearance on the hit TLC reality series “90 Day Fiance: Happily Ever After?” He garnered further notoriety because of his run-in with the law.

Read through Jorge’s wiki-type biography to get a scoop of his intimate life now!

A millennial via her date of birth, Jorge Nava allegedly turned 32 years of age in 2021. The TLC star was born reportedly in 1989.

As of 2021, Jorge didn’t own an official Wiki-style profile. Noe was there any accounts of him celebrating his birthday.

Jorge’s family hails from Riverside, California. As seen in “90 Days Fiance,” his biological siblings and parents are very protective of his wellbeing.

Jorge’s stint as a TLC sensation bought him fame. Additionally, it also solidified his alleged $300 thousand net worth.

In the Spring of 2020, Jorge announced a clothing line titled “Kilos To Paris”. The brand described itself as: “We are the Global Fashion Cartel — Kilos To Paris. You are either with us or against us. Simple as that.”

In the end, Jorge’s greed to amass more wealth became his downfall. In February 2018, Arizona police caught him with nearly 300 pounds of marijuana inside the trunk of his car.

Seven months after his initial arrest, Jorge Nava was slapped with 22 months jail sentence. He had pleaded guilty to marijuana transportation felony charges.

While in jail, Jorge worked several jobs including garbage collecting and serving as a kitchen clerk.

A year into his sentencing, Jorge achieved a staggering weight loss transformation. Per reports, he was able to shed 125 pounds off him.

To reach the milestone, Jorge — with motivation from a fellow inmate — worked out twice a day. Admittedly, the two performed military-centric workouts and jogged a lot. 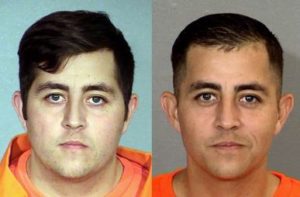 Jorge Nava’s weight loss miracle summed up in a before & after side by side snap (Pic – E! News)

After Anfisa initially ignoring Jorge’s advances, she finally agreed to join him on a lavish vacation around Europe.

Anfisa then arrived in America on a K-1 visa. She and Jorge chronicled their courtship on the 2nd, 3rd, and 4th seasons of “90 Day Fiance.”

Jorge’s family was against the relationship. His sister even labeled Anfisa “a golddigger.”

To put his kinfolks to bed, Jorge didn’t buy her a wedding dress or ring. He even convinced his then-wife prospect Anfisa to marry in a simple courthouse wedding.

Before they could produce children, Jorge’s married life with his wife Anfisa hit a stalemate after his arrest in 2018.

News of the incarcerated Jorge Nava’s marriage to Anfisa Arkhipchenko collapsing arrived after the latter was spotted with a new guy on 2020 Valentine’s Day.

While some fans accused Anfisa of cheating on Jorge, others decried that she deserved a good man.

With the looming divorce, fans of “90 Days Fiance” sent out supportive messages to Jorge — who was set to release from prison in August 2020.

Because of the ongoing COVID-19, authorities released Jorge three months early. Via Instagram, he celebrated his freedom. Jorge then gave an interview claiming Anfisa had abandoned him.

Contradicting Jorge, Anfisa argued the split had been a mutual affair. Furthermore, she accused her estranged husband was “still the same vindictive little boy.”

Jorge Nava New Girlfriend: Who Is She?

In June 2020, Jorge Nava shared a photo of him locking lips with his new girlfriend on Instagram. Taken from far and atop a mountain, the image failed to capture her face.

Nonetheless, Jorge seemed happy in her arms. For the caption, he went with Proverbs 3:15 — a Bible passage that discusses the value of a woman more than riches.

Shortly after, Jorge fielded questions on IG. When asked about his new girlfriend, Jorge answered “the love of my life”. Similarly, he claimed his love for her beyond infinity.

As media outlets scrambled to unveil her identity, an IG user named @MsBlua thanked Katy Harmony for taking their photos. Fans then put two and two together and concluded she was indeed Jorge Nava’s new girlfriend.

Jorge all but confirmed the revelation by replying to Bula’s comment with an emoji of a monkey covering its eye.

In late November 2020, Jorge revealed he and his new girlfriend were expecting a baby. Uploading a sonogram image, he wrote— “Thankful for all of my blessings.”

Jorge announced the birth of his first child in April 2021. Sharing a picture of his new girlfriend holding their newborn, he wrote— “There’s no Love that can match what I have for my family 👨‍👩‍👧♥️. I love them more than anything in this world 🙏.”