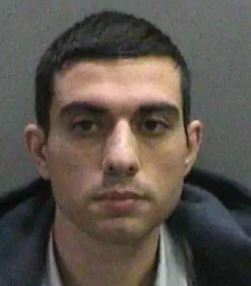 If the hit series “Prison Break” were based on real-life events, it has plenty to draw from the dramatic escape — and subsequent arrest — of Hossein Nayeri.

Tag along as we unravel Hossein’s essential wiki information including the escape video, age, height, trial, and background. In doing so, learn about his family, married life, and status now

A convicted criminal, Hossein Nayeri gained notoriety around 2016 after recording his escape from the Orange County Jail. Using a contraband cellphone, he had filmed the daring prison break.

While on the run, Hossein and co-conspirators — Jonathan Tieu and Bac Duong — intimated and tortured a marijuana dispensary owner named Michael and Mary Barnes from their Newport Beach, California residence.

Believing that Micheal had $1 million buried somewhere in the desert, Hossein and his goons beat him. When everything failed, the trio left him and Mary deserted in the Mojave Desert cut off his genitals, and fled with his penis.

Eventually, Hossein and his fellow accused were convicted of torturing and kidnapping.

Following eight days of a nationwide manhunt, law enforcement agents arrested Hossein and co in San Francisco. A witness had tipped off the police after recognizing a stolen Whole Foods Van.

While awaiting the verdict, Hossein continued to declare his innocence and denied all the charges labeled against him by prosecutors.

Before the start of his trial, Hossein Nayeri spoke to ABC 20/20. According to him, the interview was a medium he was using to tell the whole story.

Back in 2017, NBC had shared Hossein’s escape video which showcased the first-person vantage position of the inmates and everything that entailed during their days on the run.

NBC claimed that the heavily edited escape video was provided by a lawyer attached to the case and not by the Orange County District Attorney’s Office.

During the said sit down with “ABC 20/20,” Hossein Nayeri once again proclaimed with innocence. He shared— “I’m just an average, ordinary person. Simple as that. I have many flaws. Wanting to hurt people is definitely not one of them.”

Given his “criminal” background, Many found Hossein’s claims to be unbelievable. He had previously fled the country to escape manslaughter charges stemming from the death of a friend in 2015 in a car accident.

Before the involuntary manslaughter, Hossein was accused and convicted of deserting his post as a U.S. Marine at Camp Pendleton.

As a teen, Hossein had enlisted in the Marine Corps. Upon completing the boot camp, he fled his post. For his actions, he was “sentenced to the brig for 47 days,” court-martialed, and kicked out of the service.

Because of his shoddy past, Hossein was never able to hold a steady job. Meanwhile, he stood a little taller than five feet & ten inches (178 cm) in height.

Every person who entered — or was part of — Hossein Nayeri’s life suffered intolerable pain. His wife Cortney Shegerian wasn’t an exception. 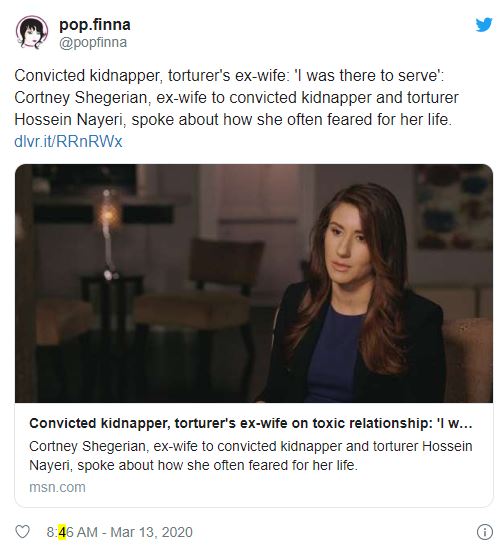 Hossein met Courtney as a teenager. The latter kept their romance secret from her parents for years. She eventually divorced him. The separation didn’t cause hassle as they didn’t share children.

Speaking at his trial, Courtney opened about being terrified of Hossein. She accused her husband of being abusive and controlling.

Courtney even filed domestic violence charges against Hossein who went on a plea deal and was ordered to finish counseling.

During most of his high-profile crimes, Hossein and his now-former wife Cortney were married to one another.

When Hossein Nayeri fled the country, Hossein Nayeri defected to Iran — his native country. The convicted criminal was reportedly born there but spent his childhood in California. As such, he embraced Iranian-American ethnicity.

Born in 1978, Hossein Nayeri reportedly turned 41 years of age in the Winter of 2020. He celebrated his birthday on 6th December every calendar year.

One unmissable wiki trivia involving Hossein Nayeri: His full name is Adam Hossein Nayeri. Between October 1998 to March 1999, he remained missing from the Marine Corps.