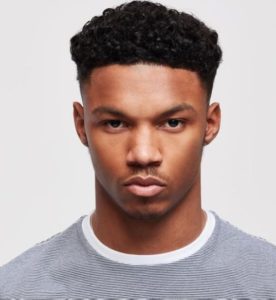 Meet Roman Hackett — a model and a lifestyle manager in real life who joined the popular ITV show The Only Way Is Essex in its 27th season. From what it looks like as of April 2021, Roman was introduced to the show as a love interest to TOWIE star Ella Rae Wise.

Learn more about the possibility of Ella’s love interest in this Roman Hackett wiki. Also, get insights into his age, height, and his TOWIE journey.

Roman’s age was unknown to the Internet for a long time. However, after digging through his and his family member’s socials, we found out that Roman celebrates his birthday on the 29th of May every year.

While Roman’s hometown was still a secret to his fans and followers as of this writing, some information about his family members has surfaced on the Internet lately.

Roman also has an elder brother as his only sibling. His brother, Reeco Hackett, turned 23 on January 9, 2021, and is a soccer player for the Southend United States.

In his family, Roman is also close to his grandmother, Georgina Hackett.

Model and Lifestyle manager Roman Hackett stood tall at a height of 6 feet 1 inch and weighed no more than 70 kilograms as per his profile on Wmodel.

For a relatively new reality TV star and model, Roman’s social media reach can be considered decent. As of April 2021, he was available on Instagram and Twitter.

Like his elder brother, Roman Hackett is also an excellent soccer player. He completed his first week of football training and practice at the F2 Academy on September 8, 2018.

As of April 2021, Roman was playing for Ongar Town FC. Ongar Town FC‘s official Instagram handle even promoted Roman’s TOWIE debut on April 11, 2021. Previously, he competed at the F2 Academy. 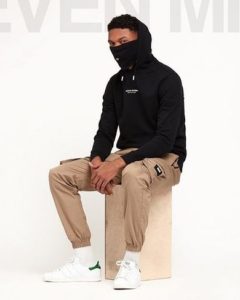 A glance through Roman’s socials also revealed that he has already modeled for brands like New Balance, Seven Mile, And Weekend Offender.

About Roman Hackett On TOWIE

Roman Hackett joined the ITV show The Only Way is Essex while it was on its 23rd season. He was introduced to TOWIE viewers on the 5th episode of TOWIE Season 23.

The lifestyle manager at AMLuxe joined the British show as a love interest to Ella Rae Wise.

Their first meeting got off to a very awkward, rocky start during the 5th episode. The duo was match-made by TOWIE star Dani Imbert who joked about Roman being very nervous before Ella’s arrival.

While only time can tell whether or not will Ella be Roman’s girlfriend, the possibility of their relationship cannot be ignored.

Especially now that the viewers know that Ella and another TOWIE star Pete Wicks are only “flirty friends” and not “a real couple” further adds up to the possibility of Roman mingling up with Ella.

A little info about Ella Rae Wise— She turned 20 years old in the Summer of 2020. A trained hairdresser, she specializes in extensions. Ella also dated Tom McDonnell.