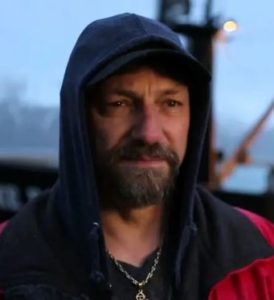 After 37 years of crab fishing on Deadliest Catch, Jonathan Hillstrand chose to retire at the end of season 13. Though he went off-camera, in 2018 Jonathan let his fans know that he was still fishing and asked them to let Discovery know if they wanted Time Bandit back.

In 2020, Jonathan surprised fans by appearing on the season 16 premiere “The Russians are coming” of Deadliest Catch. But this time, Jonathan jumped ship and joined the SAGA.

Learn more about why Jonathan was on the SAGA. Also, discover his height, net worth, and wife as the article continues.

Jonathan Hillstrand was born on August 5, 1962. He was 57 years of age when he was back from his retirement on Deadliest Catch season 16.

As per his birthday, Jonathan is of Leo zodiac.

No doubt that Jonathan loved fishing. When he was not fishing on the Time Bandit, he would help his family business like Time Bandit Spirits, Time Bandit Entertainment, Time Bandit Fireworks, and others.

Jonathan was born and raised in Homer, Alaska along with his siblings. He has five brothers and two of them named Andy and Neal are both fishermen like him. Also, they co-own “the family boat” Time Bandit and help operate it.

As for his parents, Jonathan’s father Jonathan Sr. taught the siblings how to fish. Jonathan Sr. hoped that someday his sons would buy the family boat from him. Reportedly, on Jonathan’s first trip to the sea working for his father, he hauled in over $1 million.

Knowing that Jonathan was a smoker, fans were concerned as he lost some weight during 2017. When asked about it, Jonathan replied that he was busy with the salmon fishing season and had to work 18 hours a day. That didn’t leave much time for time him to eat, so he had lost some weight.

Jonathan Hillstrand stands tall at a height of 6 feet 2 inches (187.96 cm) and weighs about 74 kgs (163.14 lbs). The most distinct feature of Jonathan would be his strong physique and his goatee-mustache.

By 2020, Jonathan Hillstrand was married twice. His relationship with the first wife bore him two kids, a son named Scott Hillstrand, and a daughter. Later in 2017, Jonathan married Heather Hamilton after dating for a long time. 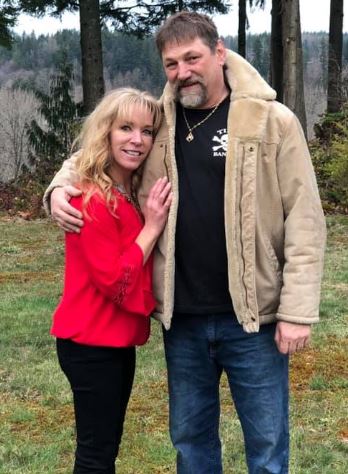 As of 2020, Jonathan lived together with his second wife, Heather in Homer, AK.

Coming back to Jonathan Hillstrand’s retirement on Deadliest Catch, fans wondered why wasn’t he back on season 15 despite their requests. Jonathan confessed that he took time off on the season 14 but wanted to be back on the season 15.

Unfortunately, the Time Bandit’s engine blew up during the start of the season. The ship was closer to the mid-80s’ and had faced too many adventures. Time Bandit was returned home to Alaska and laid to rest.

Jonathan Hillstrand’s net worth was estimated to be $2 million as of 2020.

Overjoyed with Jonathan’s return on the Deadliest Catch, fans were also in confusion when Jonathan embarked upon the SAGA. They tweeted about how the Alaskan fishing industry was exploiting the fisherman as if they’re high-level athletes.

Jonathan’s outstanding knowledge and experience earned a huge check for the SAGA crew on their first venture. As the captain, he was mentoring the other two personalities in the crew, John Harris and Jake Anderson.

Composed with a fantastic crew, it was SAGA’s turn to shine on the show. The crew also respected Jonathan as a father figure and his tenancy to getting the job anyhow done added more to it.

Living by the phrase hard work and honesty, Bill Wichrowski lived with a simple motto in life but followed a...

With the return of Deadliest Catch season 16 that premiered April 14, 2020, a new face named Maria Dosal...