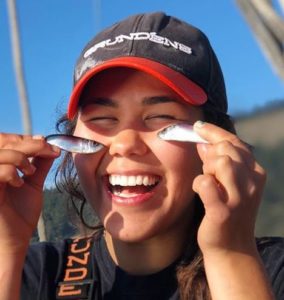 With the return of Deadliest Catch season 16 that premiered April 14, 2020, a new face named Maria Dosal ventured with the Cornelia Marie alongside captain Josh Harris.

The new female deckhand, Maria join the crew for the Oct 2019 “opies” (snow crab) season. Captain Josh acclaimed that Maria was one a badass chick and knew what she was doing. Also, maybe she could show the boys a thing or two.

Divulge into Maria’s world through this wiki-style article. Moreover, learn about her family, boyfriend, and dating life as the article unfolds.

Maria Dosal was 37 years of age when she first joined Cornelia Marie on the Deadliest Catch. The information on her birthday and zodiac was unknown as of early 2020.

As per her Facebook bio, Maria is also a self-proclaimed musician and adventurer. She had a wide range of collection of string musical instruments like guitars, ukuleles, and banjos. Also, she seemed into dirt biking too.

Born and raised in King Cove, Maria Dosal appreciated fishing from an early age. But it wasn’t until she started working in Bristol Bay, Maria realized her passion for the industry.

She was astounded by the amount of fish they would haul up on a run and would share her adventures with her family on return. Furthermore, just thinking about feeding the world got her hyped up.

Recalling her first job, Maria started Tendering on her family’s operation in Bristol Bay along with her aunt, uncle, and another family friend. She recalled having much fun taking deliveries and getting to know the crew.

Apart from this, she was named Maria Liliana Dosal by her parents at her birth. The best advice she ever got was from her mother — “either the sea adventures would either make or break you.” Whenever things were rough on the boat, she would recall the words her mother said.

Information on her siblings remained unknown.

Her all-time favorite seafood recipe was King Cove butter clams fried in a half shell. Also, she loved to eat salmon dipped with cilantro, lots of lime, and peppers.

As of early 2020, Maria had 2.5K followers on Instagram @mariamarialiliana. She mostly uploaded the pictures of her ventures to the sea on Instagram. Also, add her on Facebook @Maria Liliana Dosal. And, she wasn’t active on twitter.

As for her jobs, Maria Dosal seined the sea since 2017 and before that, she was tendered in Bristol Bay for three summers. She landed her first major job as the deckhand on the Cornelia Marie in the Deadliest Catch.

The Alaskan ocean and its creatures taught her different aspects of life every day. Admittedly, Maria lost friends to the ocean and faced the wrath of the stormy days on the merciless sea. She once mentioned that she was still in her green year of seining and had so much to learn from her job.

Maria was dating a fellow fisherman named Ry MacDonald in 2020. Reportedly, the couple has dated for over a year and a half. Her boyfriend Ry was first made known through her Instagram in Dec 2017. 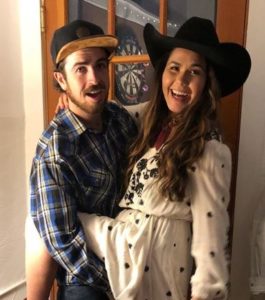 Rumors have that Maria was married and bears a son named Tommy with her ex-husband. Also, she seemed to upload pictures of a kid named Tommy on her Facebook. However, there was no strong evidence to confirm the allegation. 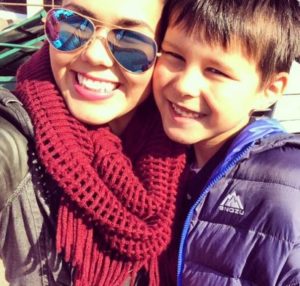 Living by the phrase hard work and honesty, Bill Wichrowski lived with a simple motto in life but followed a...

After 37 years of crab fishing on Deadliest Catch, Jonathan Hillstrand chose to retire at the end of season...