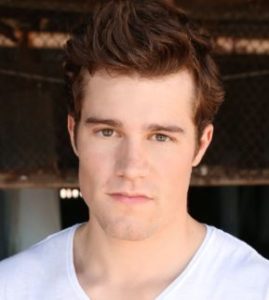 2016 was a turning point in Jake Picking and his acting career. That year, he starred in multiple projects including “Patriots Day,” “Dirty Grandpa,” and “Goat.”

Three years after the breakthrough year, Jake joined the cast of “Hollywood” — a Netflix series.

Continue reading and find out if Jake has a girlfriend or a wife. Furthermore, delve into the gay rumors, his net worth, and his family background!

Although an American, Jake Picking was born to his anonymous parents in Erlangen, Germany. In Spring 2020, the rising actor became 29 years old. Moreover, he woke to birthday messages on 2nd March every year.

For reasons unknown, Jake Picking led a quiet family life. No wonder, fans had a tough time discovering details about his mom, dad, and siblings — assuming he had more than one.

The same level of anonymity extended to Jake’s upbringing. That said, he grew up in the Boston area.

Jake once credited his math teacher for inspiring him to act. After high school though, he attended NYU to study business. There, he found himself skipping the classes to socialize with acting students.

Strapped with aspirations, Jake dropped out and relocated to L.A. The transition, however, was far from smooth. Admittedly, he battled with loneliness.

Elsewhere on the big-screen, Jake garnered roles in movies like “Horse Girl,” “Only The Braves,” “Blockers” and “Sicario: Day of the Soldado.” Circa 2019, he joined the cast of “Top Gun: Maverick.”

Beyond acting, Jake also contributed by working on the soundtrack of “Horse Girl.” What’s more, he took the art of rapping seriously.

With the features in high-profile projects, Jake Picking managed to stack around $900 thousand by 2020.

According to Jake Picking, he performed in a garage band in high school. When the opportunity arrived to showcase his rhyming skills in “Horse Girl,” he gave it all. In the film, he performed songs named  “Hollywood Kills”, “Freestyle”, “Sunday”, and “Some Day.”

Per his IMDb profile, Jake Picking owned six feet and an inch (185 cm) height and 86 kg weight. Along with his lanky physique, the beloved actor possessed prototypical “American boy” looks.

Surprisingly, Jake Picking wasn’t as active on social media as his fans would like. While garnering 94k followers on IG, he remained absent from FB and Twitter (April 2020).

Gay rumors flared after Jake Picking successfully auditioned for the role of Rock Hudson on the latest Netflix series “Hollywood.”

For his part, Jake seemed unbothered by the assumption. What’s more, the pride community embraced his chill attitude.

Rock Hudson — as fans can recall — was a Hollywood icon who hid his sexuality from everyone. A gay man, he was once married to Phyllis Gates. The “Giant” actor and his wife parted ways in 1958, following three years of marriage. Months before filing the divorce papers, Phyllis had confronted him about his sexual preference.

As of Spring 2020, Jake Picking was yet to enjoy the quirks perks of married life. More importantly, he hadn’t earned the opportunity to call anyone his wife yet. 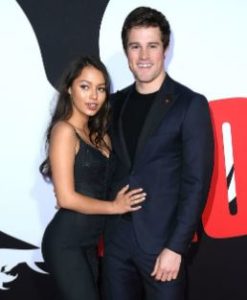 In April 2018, dating rumors swirled after the duo attended the LA premiere of “Blockers.” Posing for cameras, Jake and Fiona appeared smitten as they shared a kiss on the red carpet.

Like every young romance, Jake and Fiona’s relationship didn’t make it all the way. While fans hoped the Mexican beauty would become his wife, the dashing actor quietly broke things off with her.

After Fiona, Jake seemingly stayed single for a long time. Either that or he preferred to keep his dating status a mystery by not posting anyone remotely could be considered a girlfriend prospect.